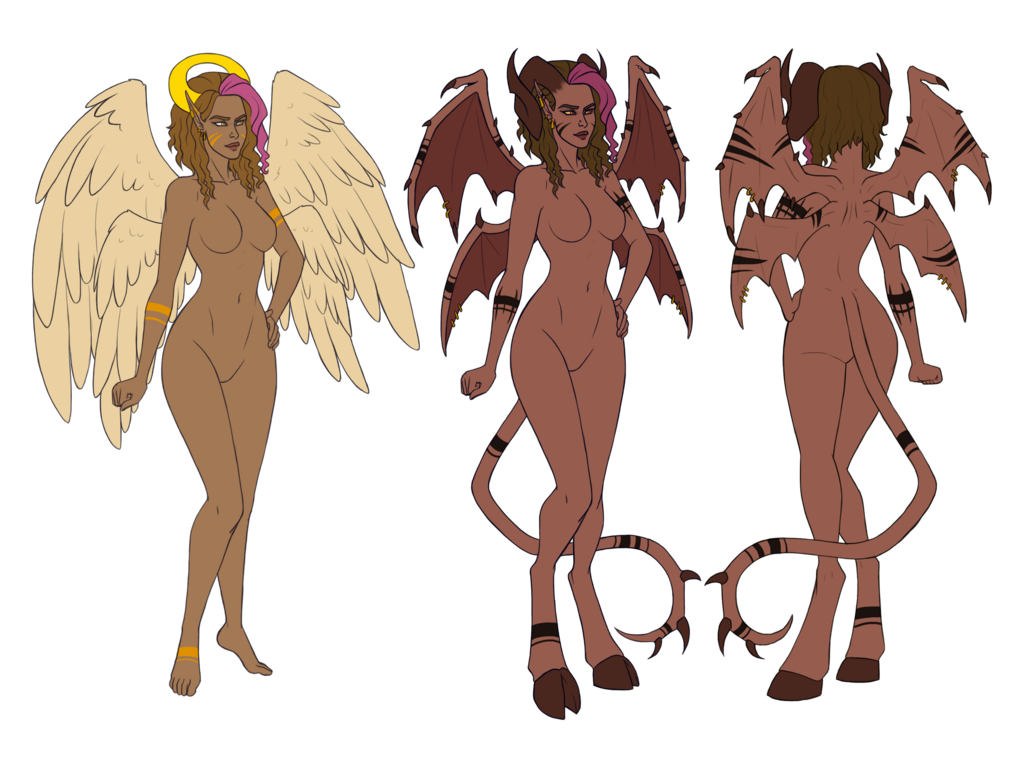 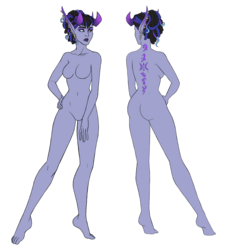 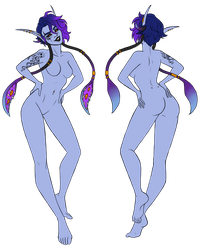 this is as far as I'm getting with this at the moment ^^;

Zara was at one point D'naar's most trusted Spymaster/Emissary. She was the one D'naar started sending down to the Underealm for reconnaissance and was initially head of the efforts to infiltrate it fully.

the continued for a long while with efforts pretty fruitless and just not good for anyone involved and eventually Zara ended up in a mixture of bitter (in regards to how many deaths she'd lead Angels into doing this, D'naar for continuing to send her/others, and seeing a few Fallen who she recognized and had respected) and a bit corrupted (though mentally more than physically as her 'tattoos' initially protected against proper physical corruptions (though obviously that didn't last

the big swinging point was when Zara lead an attempted assassination attack on D'naar. Zara was the only one to survive, though just barely. She crawled her way back to the Underrealm and, hearing her tale, Drucard saved her (by way of ascension/corruption) to bring her into his army