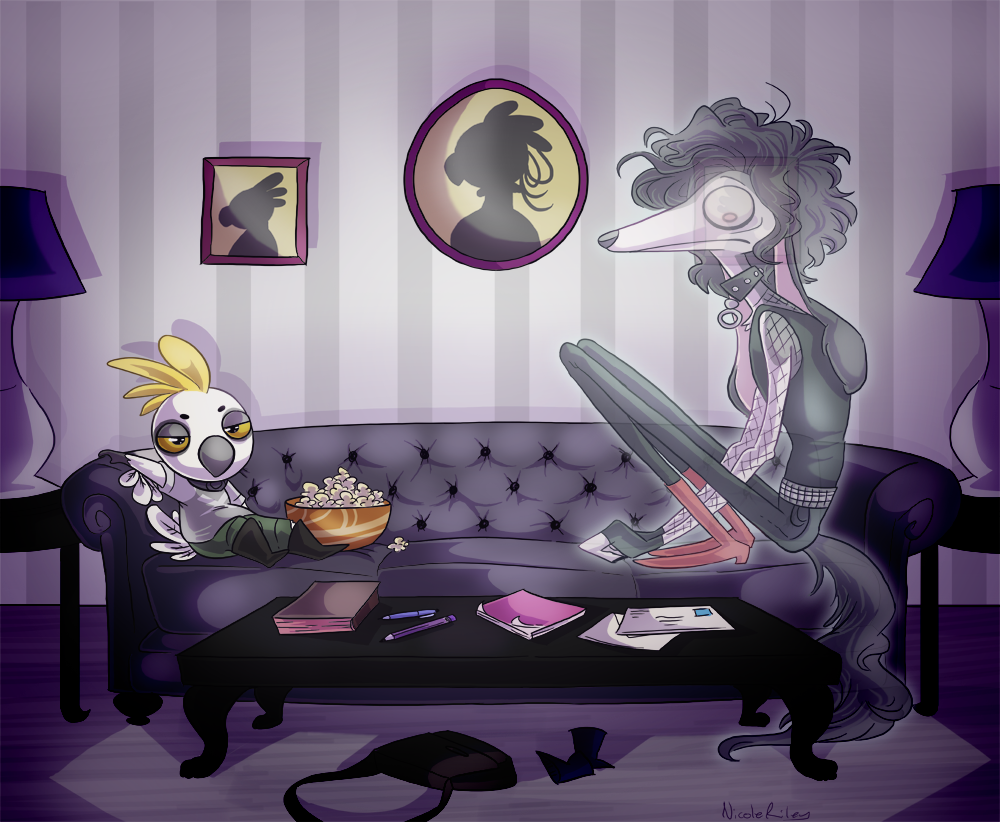 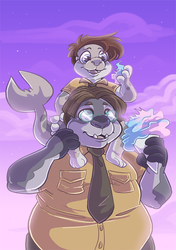 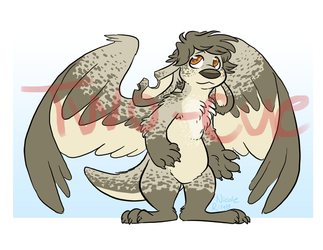 Well back when I was working on there guys :
https://www.deviantart.com/two-cue/gallery/67097061/Monsters
I originally planned on making ooooone more, Sadie the cockatoo, but I put her off until now. Haha, I'm glad I did though because I got a better idea for her during this time.

So Sadie's monster pal is a ghost! Eddy. He's a nervous ghost, nervous about being out and about in the real world. Sadie's making him watch some of her favorite movies though. Good times ;D!