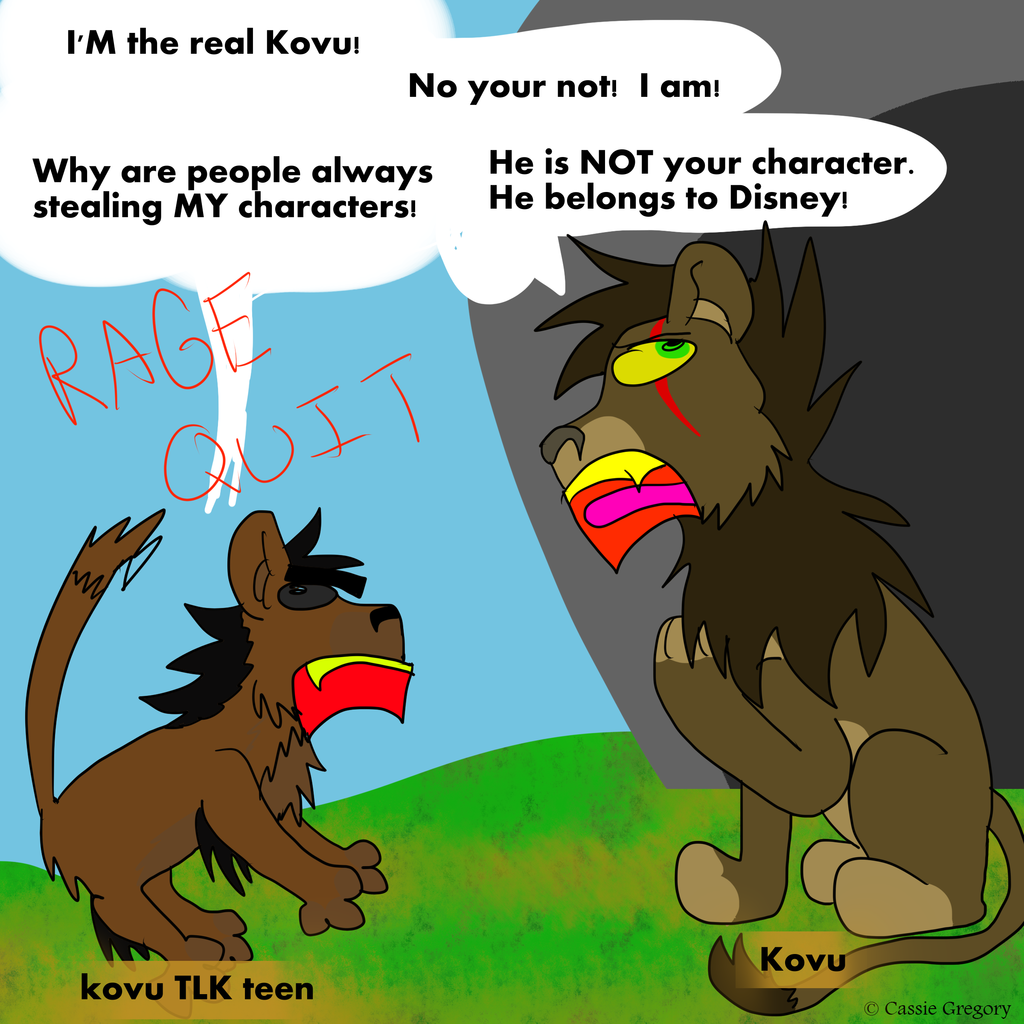 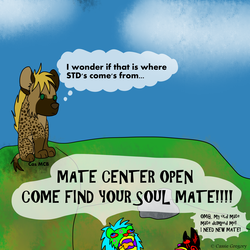 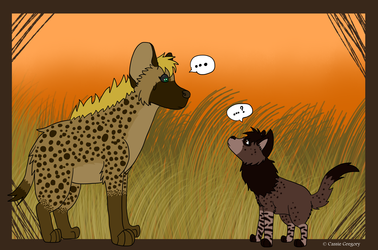 So today was my lucky day in bonfire island. I got to see one of those fights that people are always talking about. The "I'm the real ____" fights. Granted neither had Official in their name, so they were both stupid.
The Teen Kovu was just plain ass ugly! Black eyes, the most horrid of a pelt color, that resembled shit in more then one way, and the Pure. Black. Mane.
THEN I figured that other Kovu was probably better. NOPE. He was just as ugly. THEN later he came over and started harassing me and my friend, claiming we were the hyenas that killed Scar. THEN magically a damn scar came on. I screamed in caps "HEY IDIOT KOVU, HE IS ALIVE! WHAT NOW! HA!" and he tried to power play killing me and shit. I auto killed him and he 'dodged' it, so I 'dodged' all his shit :I.
It was pissy.