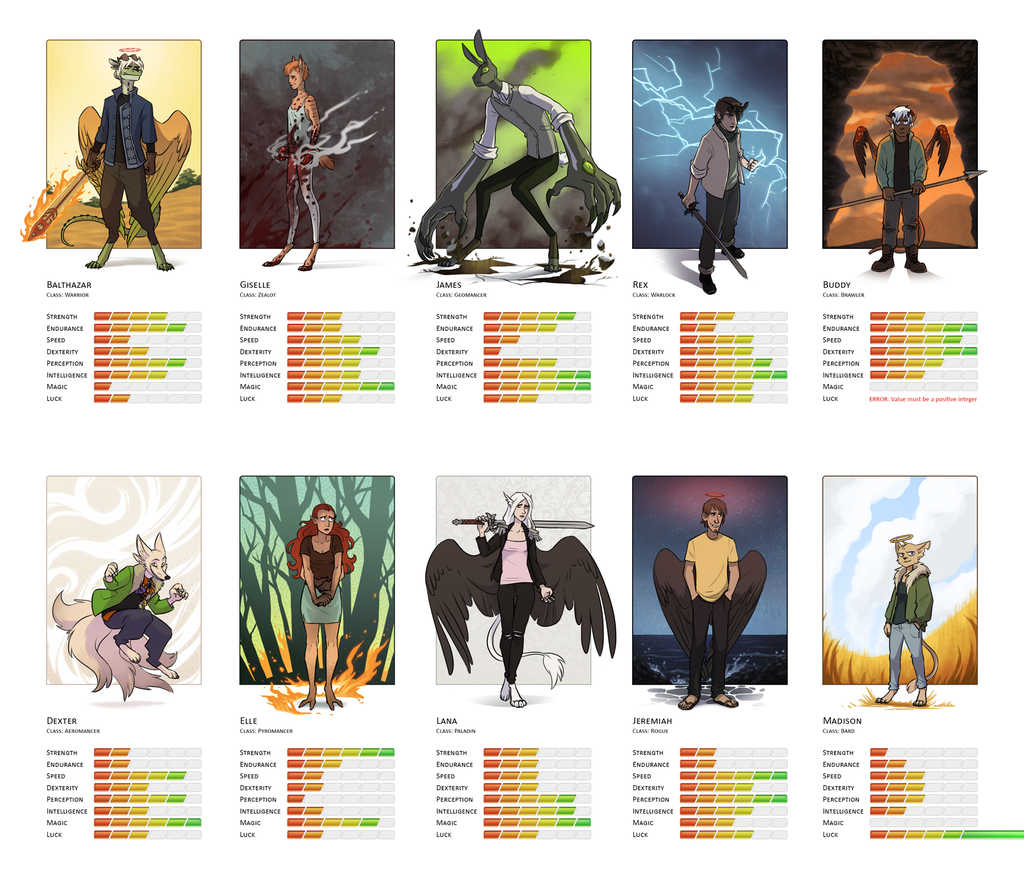 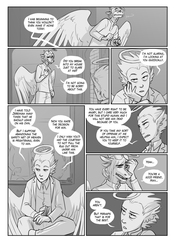 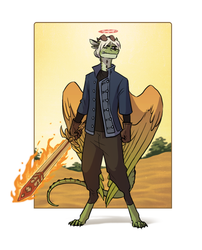 I was entertaining myself with giving our fictional children RPG stats and then it just seemed like a good excuse to draw some little portraity things. As always half of these guys are Swanda's creations.

Maybe I should post the drawings by themselves, they turned out pretty nice, but right now it's very late pffff