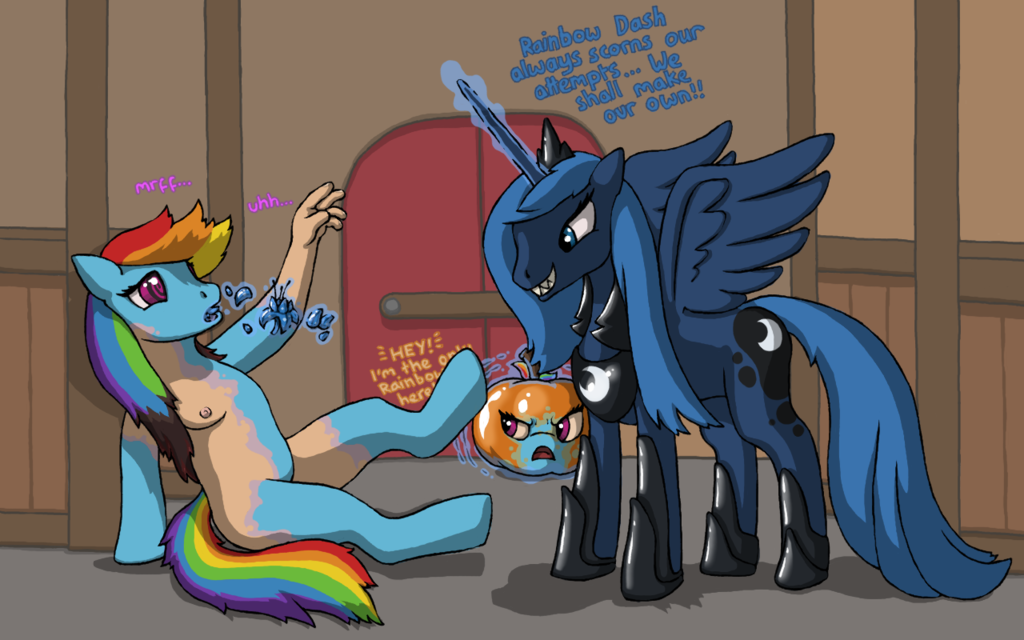 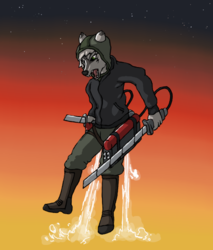 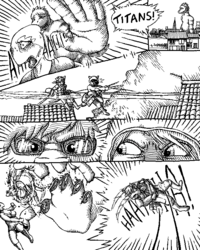 Looks like Luna's been chasing after Dashie for quite some time, each time being turned down and away, through fear and sleepiness for the most part; Luna always tends to ask after dark.

In the end, Luna grew impatient, only having so much patience as a royal. One Nightmare Night, she lured Dashie into a stable, where she turned her into a pumpkin for her brash attitude, and took Tenko_Guren and made him into Dashie's image with some Poison Joke, to be hers and hers alone.

Yes, FINE, I suck at these, I know. I'm happy with how this stuff came out though. I don't like explicit MLP arts, so it was nice to have everything sort of implied, rather than shown.

I am also aware that's not Nightmare Moon's armour, or Luna's armour, or whatever. Just call it artistic license, if it bothers you.

Anyway, commission obviously for tenko_guren (FA), and that's all well and good. Yay!