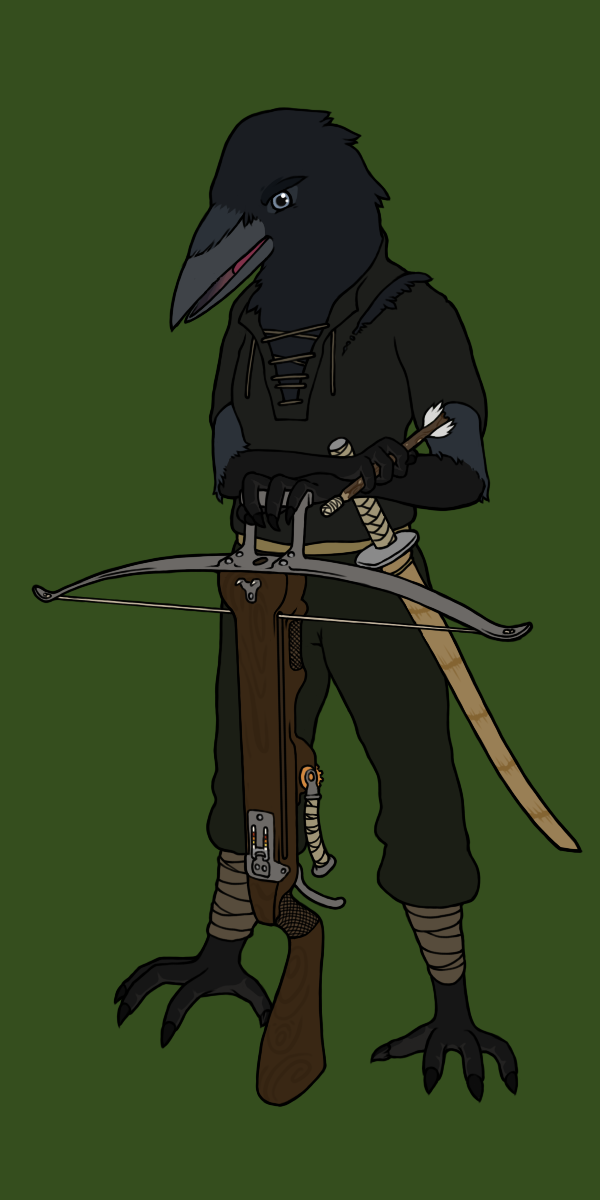 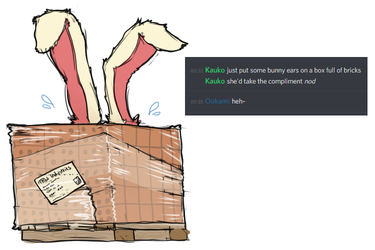 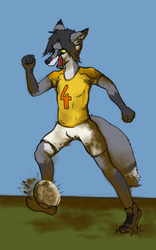 From-Highest-Reaches is somewhat of a combat specialist, but only really when it comes to making people sleep. Special frangible bolts with cloth tips let him inflict massive damage from a great distance with his crossbow, known to himself and anyone else he can convince to say it as the "Heavy Sleeper".

Work was good... well, not 'good', certainly nowhere near 'good', and usually not legal. Work was plentiful, even for a Tengu, until everything started to unravel. The villages crumbled first, people fleeing homes, local work dried up. The towns were next. No work for anyone, let alone a wandering Tengu.

From-Highest-Reaches found himself slowly swept along with the current of desperate people towards one of the few cities holding against the tide of refugees - Haldruin - only to find ragged, pitiful creatures pounding against the walls of stone. The gates had long shut, and the hearts of those within had long hardened against them.

From-Furthest-Reaches' greatest series of adventures were about to begin.

Tengu race owned by Paizo Publishing. From-Highest-Reaches as a character is mine, though.
F-H-R is a character in an Evil Campaign me and some friends are starting in Pathfinder tomorrow!