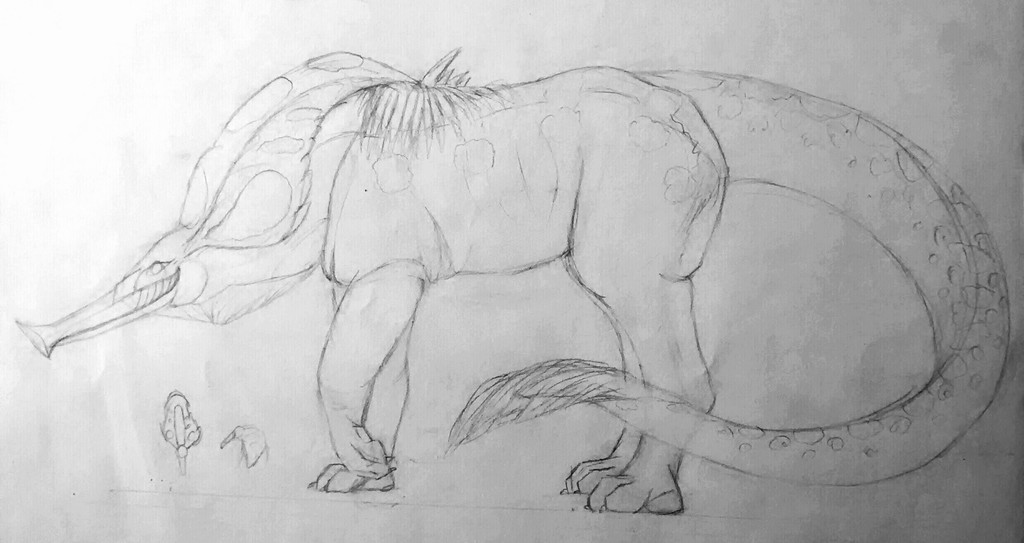 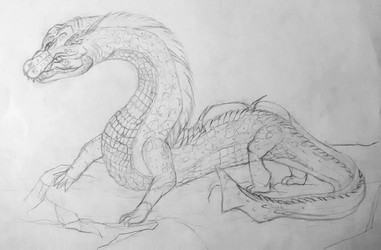 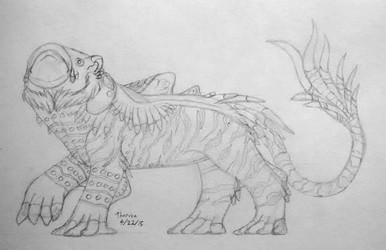 Design Ideas:
Snake and pelican mainly in the face. The rhino provided a lot of the body. Keeping that strong neck structure I turned it into a more display then a show of strength. I noticed a lot of the hognose snakes would flatten out like cobras. So I made a neck flap that would behave the same. The big spots when directly confronted will scare off most creatures as they'll think they are eyes. The big spot eyes <3

The beak is mostly bird but there starts a change into more reptile. Also I kept the patch of skin flap under there beaks. Though I moved it more to the neck and changed its purpose. They are quite musical creatures and make an array of sounds.

Made the body a bit thinner but I wanted to keep the strong legs and armor. The tail is long and a fluff at the end. The feet area cross of pelican and rhino. Instead of stubs gave him a bit more separating toes. Lol make it a bit more agile.

I think I would use colors of the brown pelican especially the head and neck colors. Somehow meshing it with other colors. I think the flat neck display spots would be very bright in males. Though the body would start going a subtle neutral.