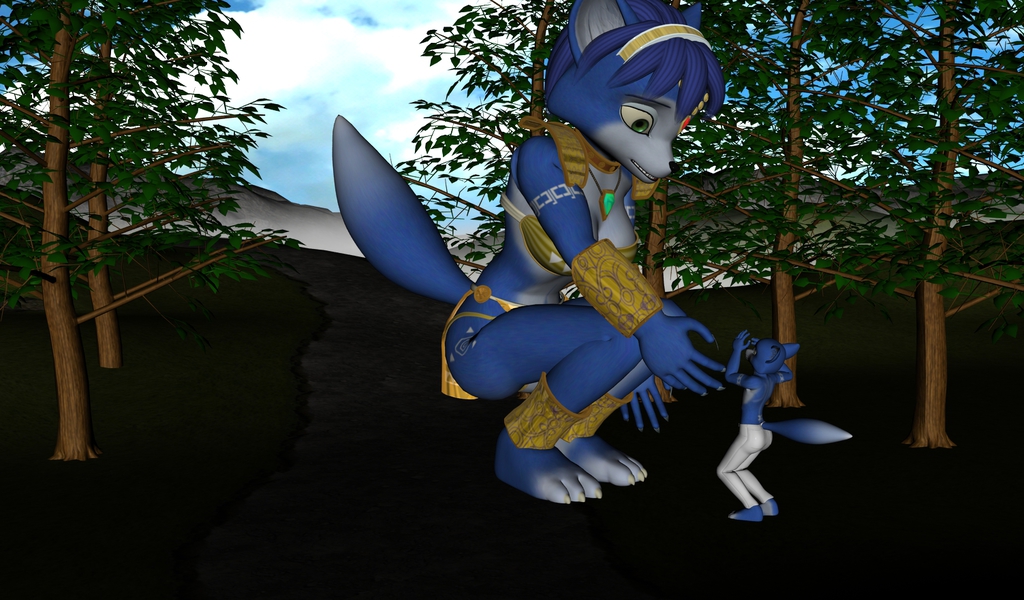 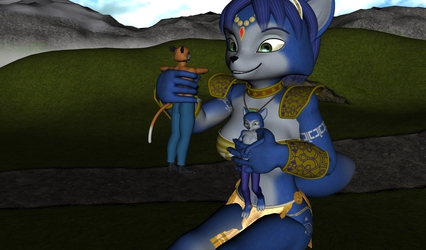 A poor unfortunate soul wonders into a forest looking for something to eat but instead stumbles into a large blue vixen unbeknownst to him as his mind was preoccupied with thoughts on how he was to survive on his own. Krystal, clearly startled by the sudden pain in her foot, investigates the source of the pain only to find out it's a small male fox, who is pretty frightened by her massive stature, cowering at the sight of the giantess. Krystal, taking pity on the smaller fox, decided that it would be best to do her job and protect the frail young man and do whatever was necessary to assuage his fears :)