Hard-working and Good-looking by The Pink Rose Of Texas 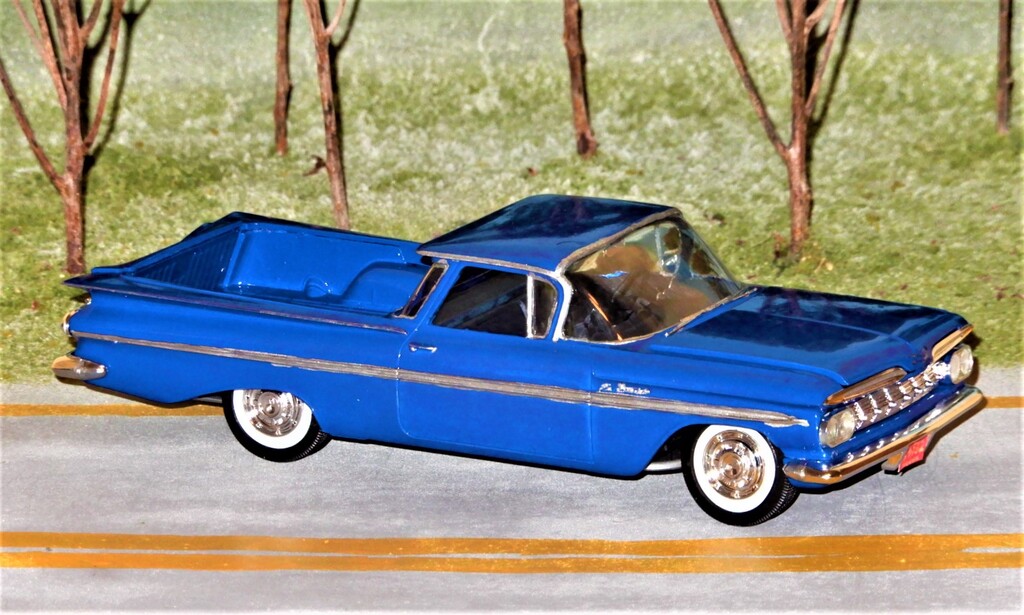 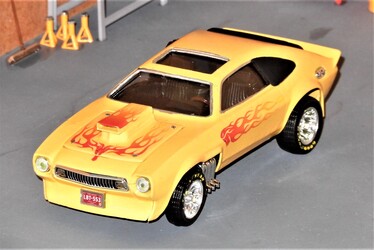 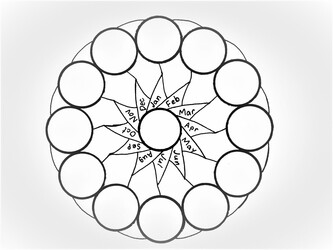 I was thinking of "moyomongoose" when I built this model 1959 Chevrolet El Camino. It's one of many cars mentioned in his story "Clarence Coyote and Project Courier". Th eowner of this "caruck", as my late dad coined it, is Reginald Pit Bull, father of teen cubs Biff and Richie. These two (along with their cohort Gaston) are delinquent bullies who go around picking on younger cubs, breaking coin-operated machines for money, and causing all kinds of mayhem and mischief. If you asked me, Reginald and his wife Diana are over-spoiling their cubs and defending their destructive ways. If that were my dad, he'd give them a lecturing (and maybe a spanking) they'd never forget. Let's hope Reginald and Diana realize this is the best way to treat kids/cubs like them.
In case you can't make out the license plate, it's the yellow-on-red New Mexico plate from 1960 (the time the story takes place) and it reads "6X-532".