Dolly thinks kitty is a cutie! by The Pink Rose Of Texas 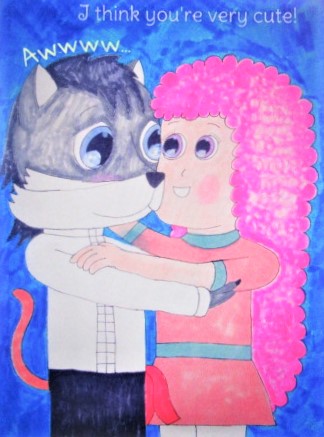 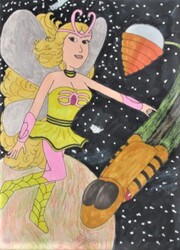 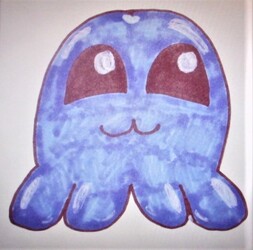 Dolly thinks kitty is a cutie!

Here's another requested piece of artwork, this time from SupremeKhi of DeviantArt.
My character Dolly Melissa loves animals and animal-like beings. She thinks they're cute. In fact, that's what she tells his character Rohan, which makes him blush.
"Awwww, you look even cuter when you blush," she coos as she pets him.
"Thanks," Rohan giggles as the two embrace each other. "I think you're cute too."

The captions were made with DeviantArt's "Muro" feature...The rest was done by hand.