Sweet Bee by The Pink Rose Of Texas 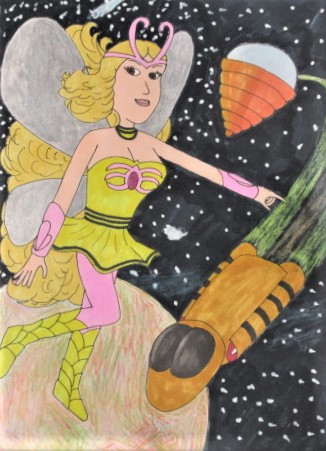 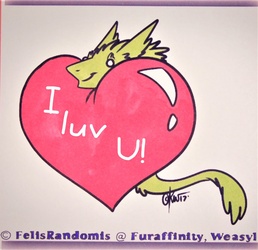 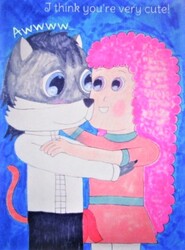 "'Sweet Bee,' commented He-Man. 'Well, that's a sweet name.'
Little did he know that behind them, a jealous Frosta was mouthing the same phrase."

Sweet Bee was one of the gorgeous lady characters from the animated series She-Ra: Princess of Power. She was an advance scout for a race of bee-like people whose home planet was destroyed by a supernova. They had been desperately searching for a suitable planet to relocate, and thought Etheria would be the ideal place. Little did they know that the planet was under siege by the evil Hordak and his horde, who shot down Sweet Bee's scout ship. She-Ra, her twin brother He-Man, and several rebels managed to rescue the pilot just as Hordak hoisted her ship out of the Northern Sea. After Sweet Bee explained her situation, She-Ra had to tell her the bad news about Etheria. Meanwhile in the Fright Zone, Hordak's right hand sorceress Shadow Weaver disguised herself as Sweet Bee and lured the bee people into a false sense of security by inviting them down to the planet. Of course, Hordak's true intention was to capture and enslave them. But the band of rebels managed to infiltrate the Fright Zone, fight of the army of troopers, and reunite the pilot with her now-damaged ship. Then the powerful twins hurled the ship back into space, allowing Sweet Bee to warn her people in time. Sorry, Hordak, no slaves for you today...and the heroes will do what it takes to make sure you don't have any more slaves EVER!