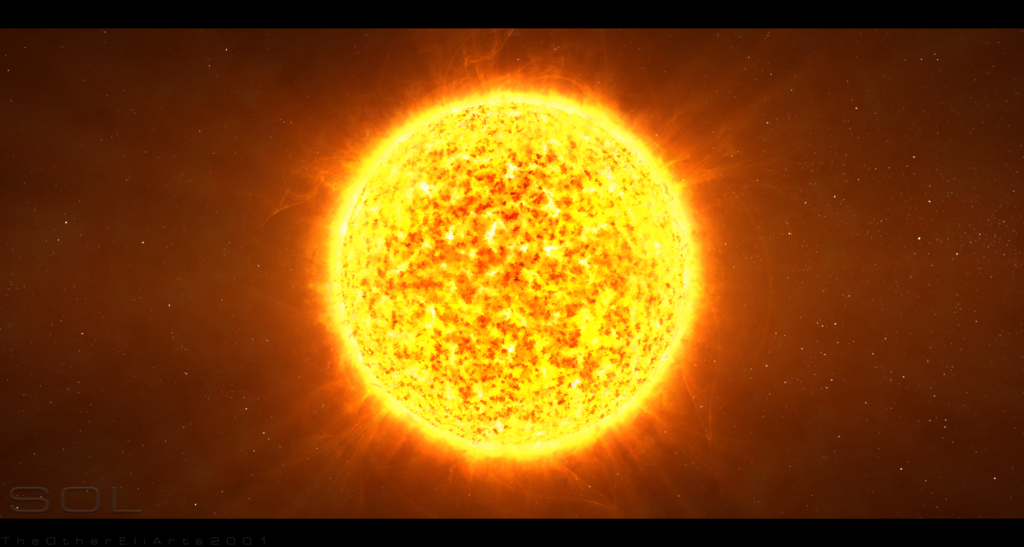 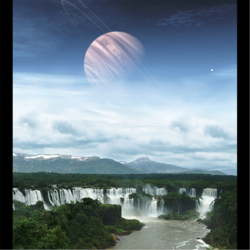 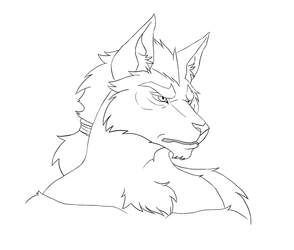 Sol is a single star located at the heart of the Sol System.

The formation of Sol occurred over 4.6 million years ago when it was forged within a massive interstellar molecular cloud. Forces of gravity had gathered dust and gas within the cloud to swirl into a spinning disk, which continuously swirled inwards into the center.

And within the center of the disk, gravity had gathered enough material to form a young proto-star, composed of hydrogen and helium. Over the course of the next millions of years, heat and pressure within the star would gradually increase, until it triggered the fusion of hydrogen which granted the star its long life-span.

Over the next millions of years, planets would start to form from of what was left of the material that made up the star. Many of these planets would form within the star's orbit, but a great majority of them were destroyed in the process. However, in today's time, eight of them still exist today.

Sol is classified as G-type main-sequence star, and is approximately 4.6 billion years old.

Though this star is a massive spherical body of hot plasma, with every second that passes, it fuses about 600,000,000 tons of both hydrogen and helium.

It has eight designated planets orbiting it, an asteroid belt, several comets, and a dozen unidentified dwarf planets in the system's outer regions.

The names of the Eight planets are: Mercury, Venus, Earth, Mars, Jupiter, Saturn, Uranus and Neptune.

Mercury, Venus, Earth and Mars are the only rocky terrestrial planets in the Sol system. Whilst Jupiter, Saturn, Uranus and Neptune are all gas-giants.

There are several dwarf planets in the farthest reaches of the Sol System, one renowned example being Pluto and its moon Charon.

The third planet from the star, Earth, holds more significance within this star system, primarily because it is the only planet in the entire system that has sentient life, with a relatively advanced civilization. The planet populated predominantly by the renowned human race.

On Earth, Sol is commonly known simply as “The Sun” by the humans. The name “Sol” originates from a word from the extinct Latin language with the same meaning.

The star's actual color is white. However, when exposed to a habitable atmosphere like that of Earth, it often appears as though it is yellow or orange.

I made an image of the sun, with a fake statistical document underneath... because why not?

Anyway, this image was made from scratch by me. Please do not copy and re-upload this image to claim it as yours.