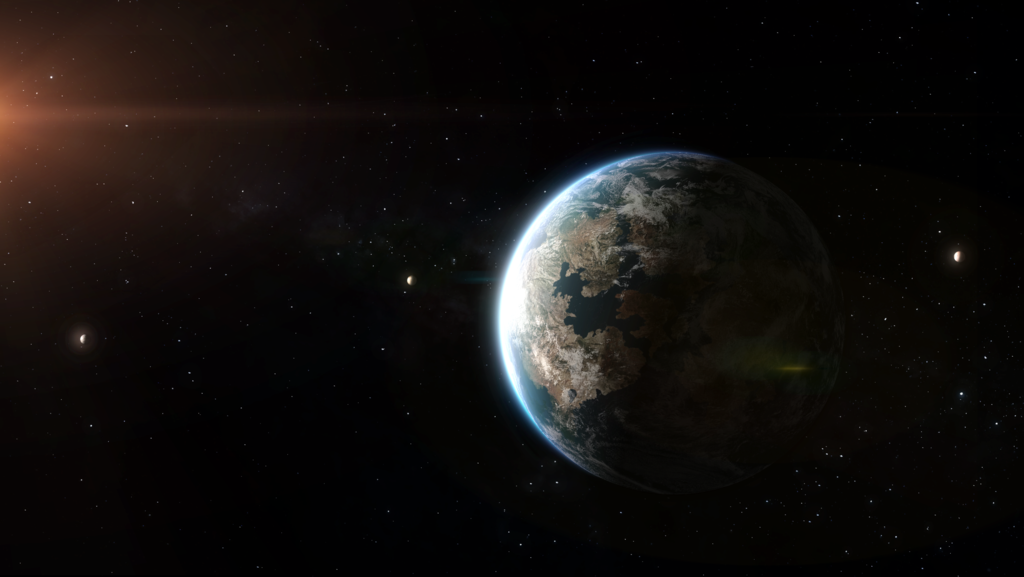 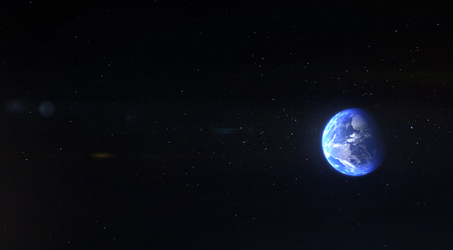 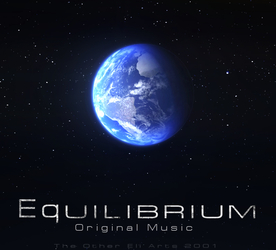 Xaidu'tu is one of the planets that were found and populated by old world descended races.

The first spatial gate that opened to this world appeared in its skies roughly 19,000 years ago. The first inhabitants that set foot upon the surface were the descendants of an ancient and mighty race of warriors from the old world. They had come to this planet to escape from a great catastrophe which had ravaged their home world.

This race then spread out across this new world, and over the years, evolved into a multitude of cultures and civilizations. The world's main culture, Gaio'zadaza, still deeply maintain their cultural values of honor and respect, something that even their ancestors shared in value.

The population of this world in today's time is of approximately three billion people. Their civilization is advanced in the fields of science and technology, and have achieved the use of spacial gate travel using ships. The world also has a large militia of honorable soldiers who not only stand to defend their homelands, but also their whole world if need be.

The planet is divided into eight countries, which are all politically and economically united into a single body. This union is represented by members within a council, which is simply known as “The Central Council.” Though as of recent times, political tensions between the eight countries have slowly been growing. No wars are likely to happen, but there is a risk of certain states within the union being disbanded.

With their exceeding knowledge of spatial gates, as well as the existence of other worlds kept in mind, the Central Council hopes to ally with civilizations on other worlds when the opportunity presents itself.

Though the possibility of other civilizations being hostile is not disregarded, the Council's higher ranks agree that causing a war which leaves bloodshed across the stars would bring great dishonor upon their world. So if they ever found another civilization like their own, their greatest interests would be to befriend said civilization, and hopefully establish mutual benefits with them.

Xaidu'tu orbits a binary star, one of them being a mid sequence star, and the other being a red dwarf. A single day on this world lasts for 30 hours. It takes around one and two thirds of a year to make a complete orbital revolution around the suns. There are four satellite moons orbiting this planet (one of which is unseen in this image.) Two of the moons are large enough to stabilize both the planet's oceans and its axis.

The planet's climate is relatively warm, and most of the continents are made up of a Savannah-like environment. The planet has small polar ice caps, which aid in regulating the temperature of the ocean. The atmosphere of the planet is breathable, and filled with oxygen.

The inhabitants of this world take on the appearance of sentient humanoid beings with dragon and dinosaur-like attributes. While these races are mostly reptilian in appearance, most of them may posses mammalian qualities, like hair or fur. Although the amount of fur on their bodies is usually minimal at best.

Depending on the region, members of this race can take on a variety of different attributes to their physiology. This includes the color of their hide, the shape of their horns, the length of their tails, or even the general body-type.

Their civilization is advanced, in some ways more-so than our own, and in other ways not so much. They have developed very advanced and sophisticated ways of gate transportation via ships, but they still rely heavily on the use of gas fuel rather than electricity.

Their main lingua-franca is a language called Xai-kii, and is spoken in four of the world's countries, each with their own regional dialect and accent.

Okay, so here we are. A new planet, and one that will be featured in my story. It's a work in progress, but everything here that you just read is the basic general idea that I'm going for.

Bit of spoiler here (though not really as I'm planning to have it revealed pretty early in the story) but Earth and the human race as we know it does exist in my story, and is actually an ally with this world. You see, my story does not take place in a futuristic setting, but more like a sort of alternate reality, as it takes place during what would be considered the early 21st century, more specifically the mid to late 2010's. The story will also be multi-POV, meaning it will be told through many characters across this vast setting, both human and non-human alike.

Anyways, this planet was made from scratch. I even made a map of all the continents. This image is strictly my intellectual property, so I'd ask that you not copy and re-upload this image to claim it as yours.