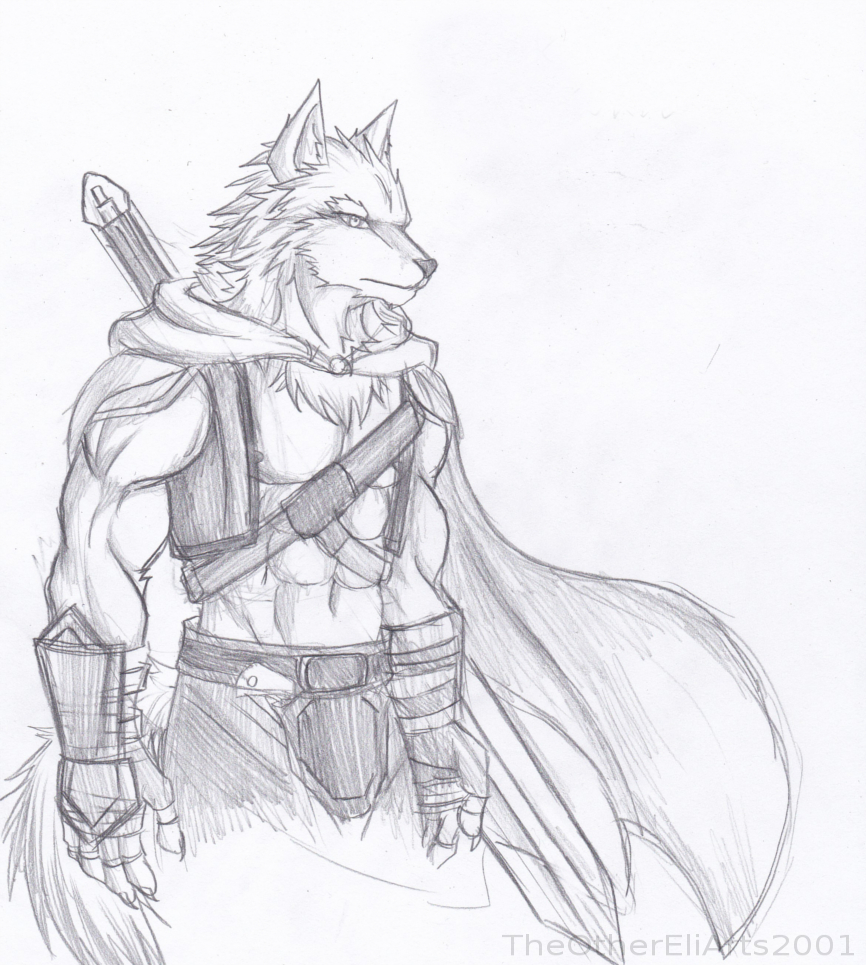 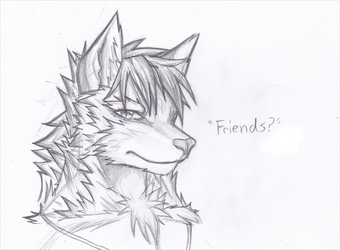 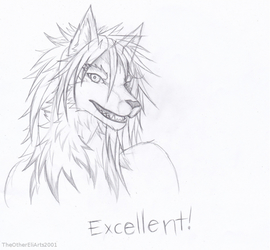 Another frickin' sketch. I swear I haven't put up anything colored in ages. I need to start coloring and finishing them. If only I weren't such a lazy bum. I also need to stop drawing the same characters over and over again. I need to add new character designs too. But I swear, my hand is terrible at conjuring up the right things when it comes to drawing.

Anyways... the same wolf guy you've seen multiple times already. But hey, at least he's got some clothes on him. And he's got a big sword too.
So what do you think? I may start coloring this. But then again, I promised that with another sketch of this guy and completely broke it. I'm posting this really late it night (It's past 12:30 as I'm typing this even though it may say that I posted this an hour later which isn't true.)

Art was done by TheOtherEliArts2001

Please do not try to steal this image, repost it, or claim it as your own.