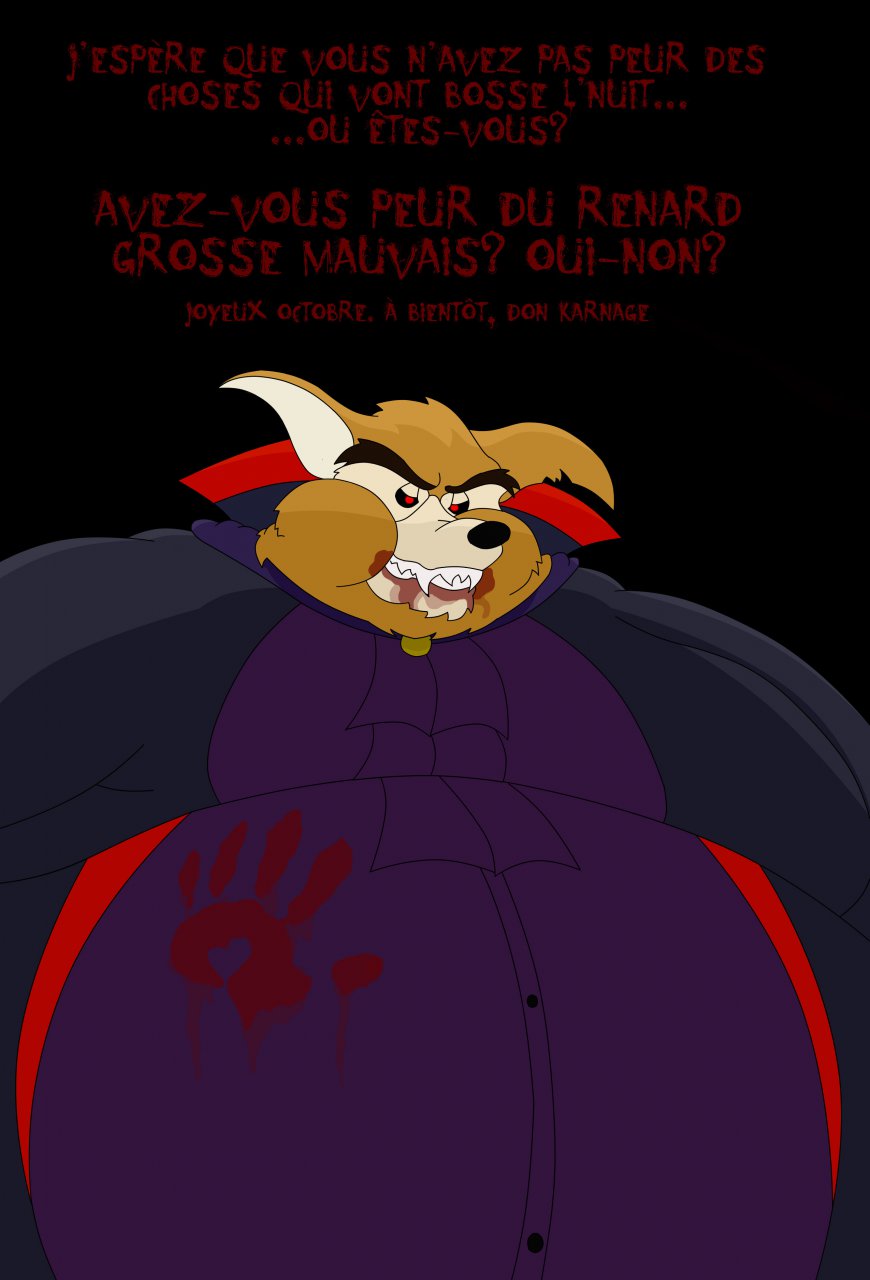 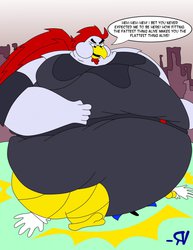 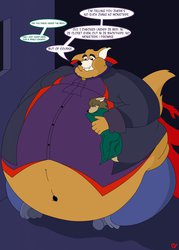 (title comes from "compte" meaning "Count" in French, as in "Count Dracula"...but with a K because I'm dumb like that)

if you don't like blood imagine it's cobbler filling or something.

I needed to do a pic of Don for October.....as a vampire :P. He's prefect as a vampire, he really is. Although fat the fear is kinda gone, he'll have to have his minions help him squeeze through doors to get at people.

.....actually being fat might make him scarier, cause now he's a glutton who has no idea of the word "stop". he'll drink till he can't move. XD

the stuff is in French because it sounded cooler in French. here's the translation:
"I hope you're not afraid of things that go bump in the night...
...or are you?

Are you afraid of the big bad fox? Yes-no?

The phrase "renard grosse mauvais" can mean "big bad fox" but it's a double meaning because "grosse" can either mean "big" or "fat" in this case :3.