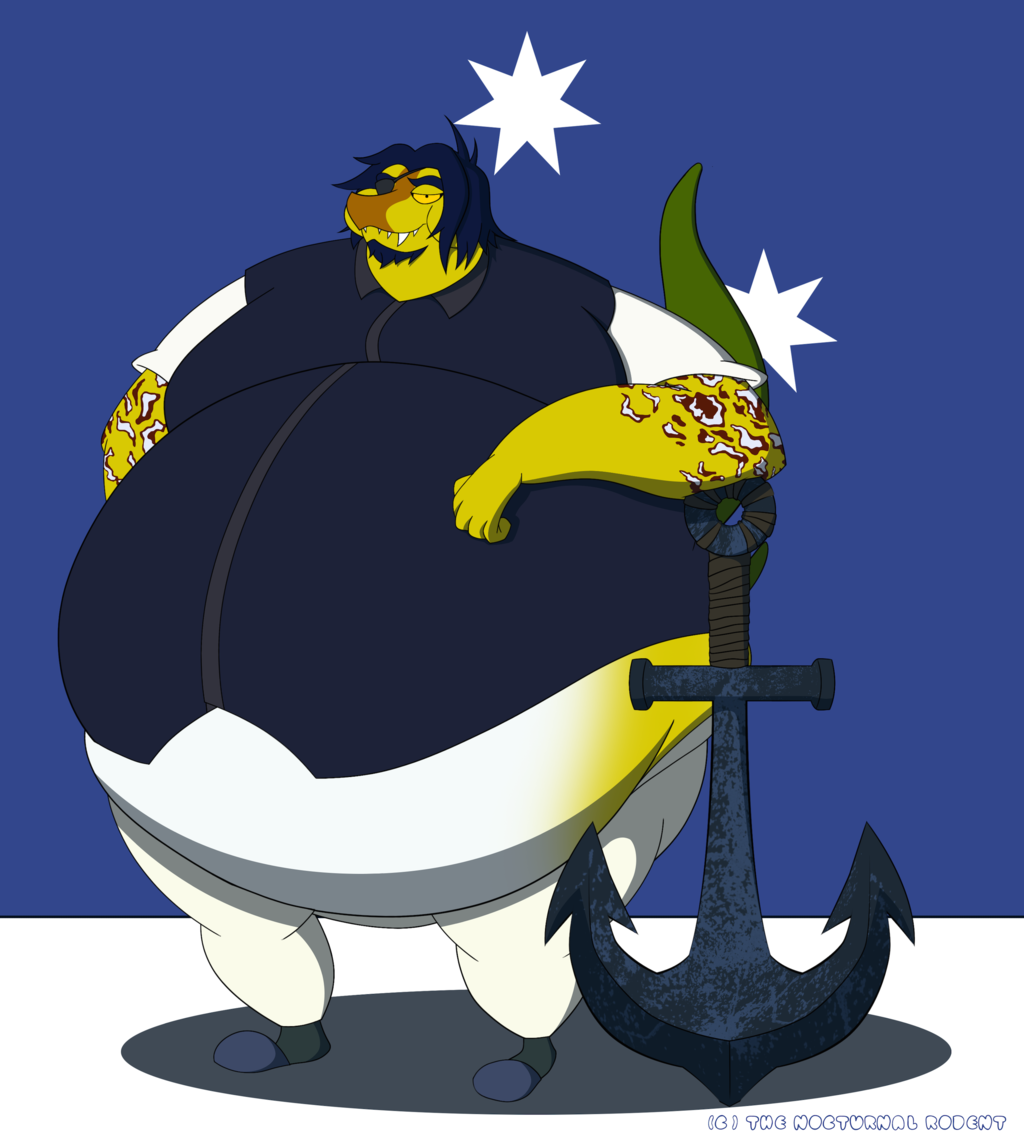 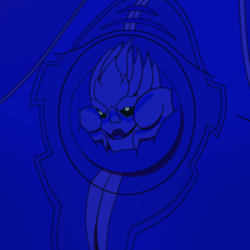 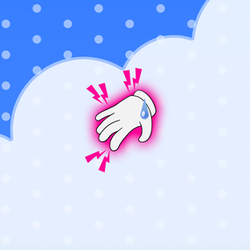 Haven't drawn Winslow in a while so I thought I'd show off his weapon because he has one. And I promise it's not one of those super overpowered weapons that a lot of furs do (because oh my god some furs are just...way over the top with weapons and powers, learn to have some setbacks, jeez).

So Winslow's weapon is called Onderstroom, an Afrikaans word which means "undertow". It is a fairly tall anchor, one that he wields one or two-handed. It is different from normal anchors as it is more lightweight (because anchors are very heavy, they need to be to stop the ships they're attached to). But the outer coating is still a fairly rusted steel. Winslow uses Onderstroom much like a large hammer, swinging it using his and its momentum to wield some heavy damage.

Although he is a fist-fighter as well, he does like using his anchor as well since it can knock almost anyone over and break through a lot. Of course it has its setbacks. While Winslow is strong, it still is pretty heavy, so lifting it takes some serious strength. As well it tends to have its own momentum. So swinging it is easy, getting it to stop is the hard part. Also pretty hard to carry if you're gonna swim which Winslow does.

So is it a practical weapon? Not extremely. Winslow earned the nickname as "The Anchor Man" for often improvising anchors as weapons in his past. So it is a part of who he is.