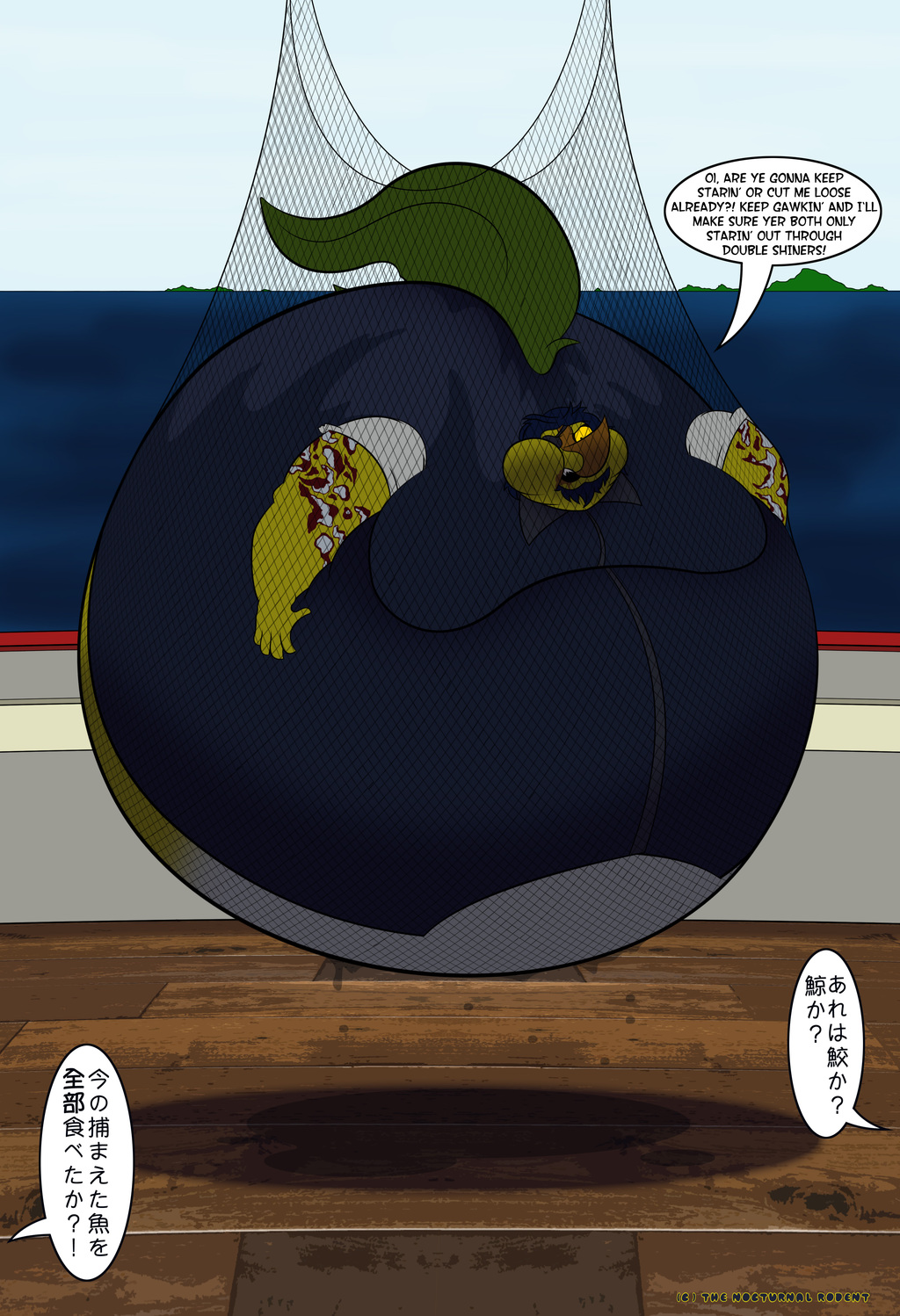 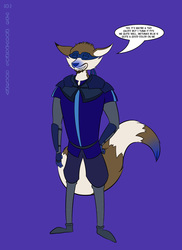 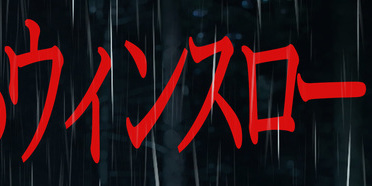 (what the dialogue is saying in English, from right to left):

So here's the scenario: Winslow was minding his own business doing an off-shore swim along the deep reefs near Okinawa. But all of a sudden he finds himself caught up in a trawling net along with a whole school of fish. Which was perfect, he thought he'd have to go hunting for food later but this presented a nice reward for him. he figured he'd eat some and squeeze out once he had cleared out the fish.

Only problem is that he ended up eating the entire catch and was now too bloated and fat to actually swim out and so he got hoisted up by some confused and angry Japanese fishermen.

Such is the problem of being a shark.

Every single year I try to do a Shark Week Winslow pic and every year I forget to do one but NOT THIS YEAR...well kinda. I tried to get this up during Shark Week but alas I was just too slow. This pic became a lot more detailed than what it was supposed to be and I ended up missing Shark Week by two days. I didn't realized it'd be happening so early ridiculous! But hey I got out a new drawing and it motivated me to draw so that's good.

Thanks to Aurelina and FattyWeirdo123 on FA for helping me out with the Japanese!