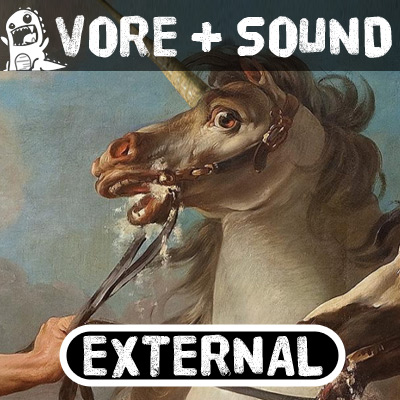 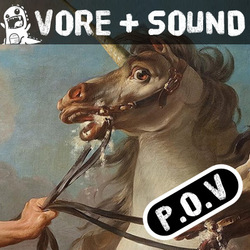 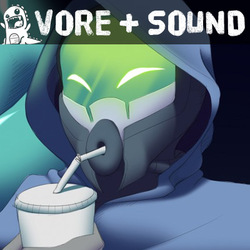 Voice acting by Queenie - https://twitter.com/JustTheQueenie
Sound design by me
Commissioned by :iconDingleBarry:

There's two versions of this piece:

Heads up, this one does has explicit digestion at the end.

As a background, the Mares of Diomedes are a part of Greek mythology and something that Hercules encounters along his travels. Basically King Diomedes owned these horses that ate people - except he is eventually defeated by Hercules and fed to his own horses. There's some amazing classical and modern depictions of this store that are well worth looking up, as they're often depicted in various ways to show that these are not normal horses. So this scenario is inspired by that old tale, except in this scene it's a unicorn who has wandered onto a farm, and we're hear what happens when the woman working on the farm goes to see what's happening.