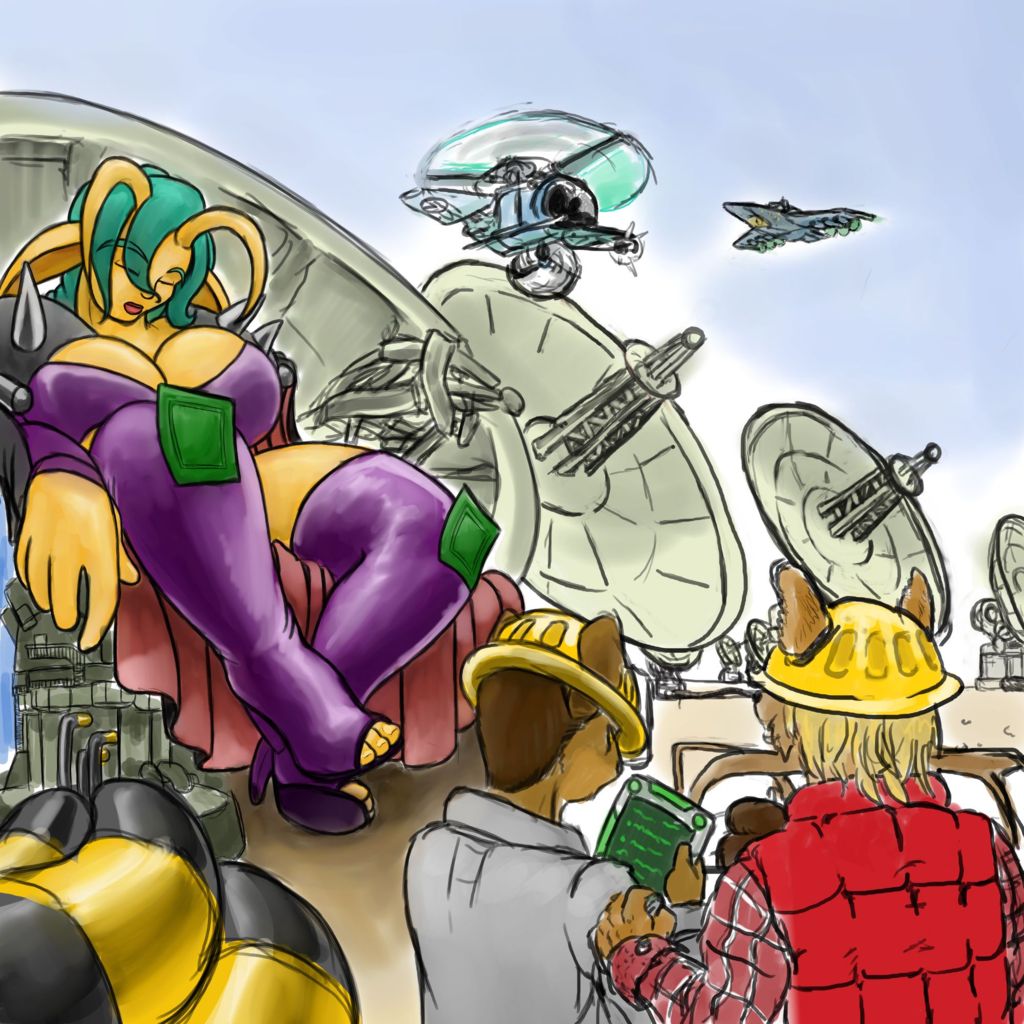 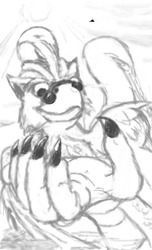 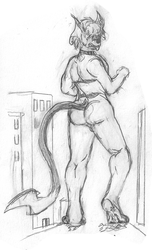 I planned this OC out with Wolfette for the entirety of today. Boy howdy was this a fun one to do. Generated a lot of good stuff I'll have to draw out on my own, or hell even in future collaborations with Big Purple-n-Orange.

The giantess in question is a Zekkorian, their warrior princess in fact. Now normally they don't size up that big. Blame it on the sun! No seriously, they're capable of solar metabolization. Just like Superman!

But, a tuckered-out Keeki has seated herself in a makeshift throne for her eventual takeover of EARTH!1

Meanwhile, SETI foremen attempt to figure out what the hell is going on. And the the media shows up...

Followed closely by the military.

Keeki is the IP of Nero Bane/Nobody! Used with apologies and respects