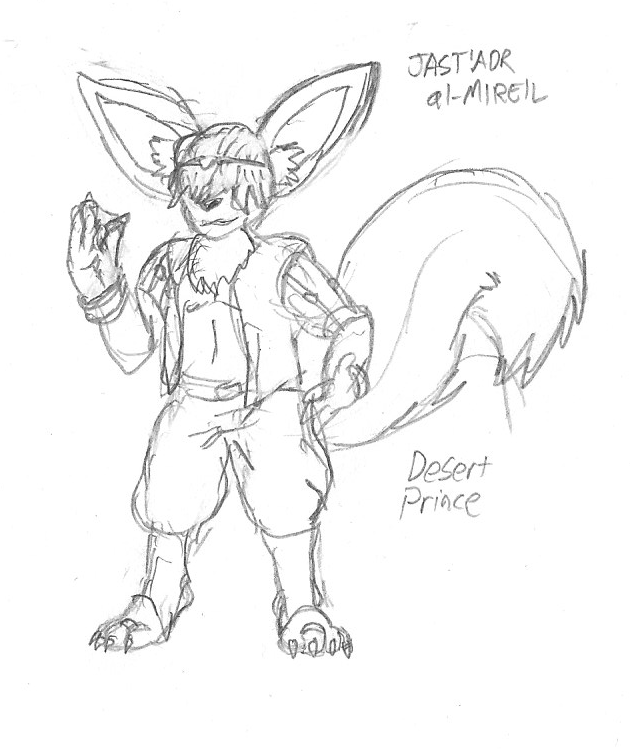 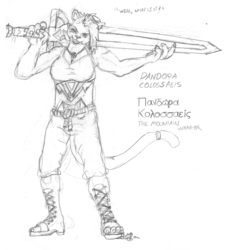 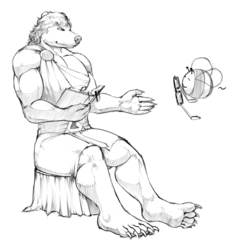 Wayward, insatiably curious fennec khoran that he is, Jast'adr of the al-Mireil merchant clan stowed away aboard a trader's airship and promptly got lost. Trying to make his own way in the world, Jast'adr is partially blind, which hampers his ability to navigate the BoundlessVerse. Whatever he cannot discern with his massive ears, however, he can sense through the very earth under his feet, so he's a lot more capable than he lets on, zooming around places with almost superhuman speed.