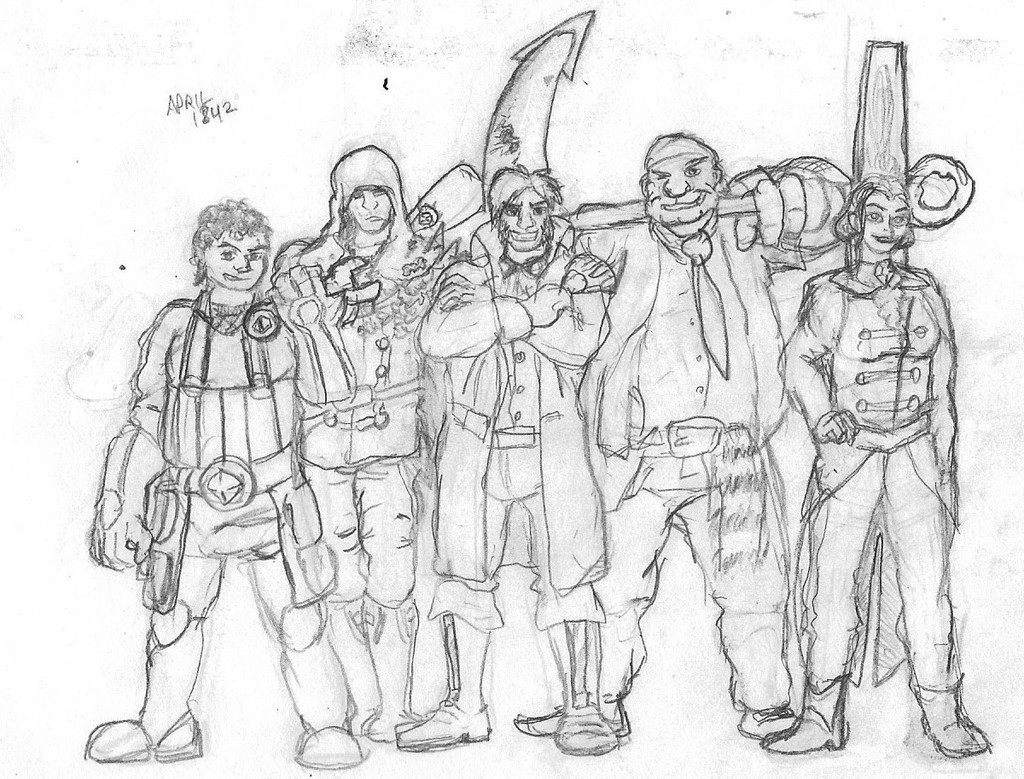 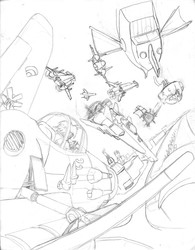 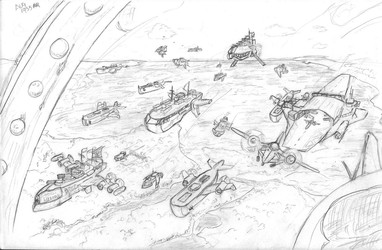 (from left to right)
Lorenzo Lombardi, 24, from the province of Sicily in the Patriciancy. Went abroad to the Imperium to apprentice for his Engineering diploma, ended up being interned longer than usual in the guts of Imperial dreadnoughts. Has bumped into Mat Bonvents a few times before, and maintains a tenuous but fast friendship with him. Bit of a womanizer, or so he'd like to believe. Is the second of three children; elder brother Franco, younger sister Lyra.

Sergei Isyanev, 27, from the Kievan Rus north of the Black Sea. Volunteers very little information about his past, merely that his vocation is a 'problem solver'. judging from his cloak, the piecemeal nature of his uniform, and the large rifle slung to his back, it's clear at least how he prefers to solve problems...

Mathieu Bonvents, 25. No one is sure exactly where Mathieu came from; his official records state he lived a street urchin's life in Birkenhead, Britannia, until he got caught and pressganged into the Imperial Navy to pay off his debt to society. Was central to the Garrett Incident and is not well thought-of back home in Londinium, which gives him a bit of a fighty streak. His time on the streets gave him a pretty firm compass and frequently does what he believes is just.

Yacob Roberts, 59, born in Swansea, Wales, and has lived all over the world since. Normally the captain of the sleepy freighter S.S. Gryphon, he ended up crossing paths with Mathieu in a bar fight shortly before the Battle of Madrid, taking him on as a protege of sorts and teaching him the proper way to fight. Brutally strong and fond of drink, Yacob nonetheless has a level head and a giant heart, which both see his companions and crew through the toughest trials.

Elena Abra Virago Madrida La Puerta, 25, from Madrid, Iberia. An idealistic young woman who became involved in Iberian government to make a difference in the world, for her family and her many friends. Truthfully, it's as much an excuse to go on an adventure as it is to serve her country, but her faith in such processes was shaken after the Battle of Madrid. Still, she follows the gang as a liaison for Iberia, ever thirsting for new journeys with an unbreakable passion for discovery.

This picture was taken on the deck of an aership for a publicity photograph. date is erroneously attributed to an absentminded photographer.
San Sebastián, Iberia, April 1932.