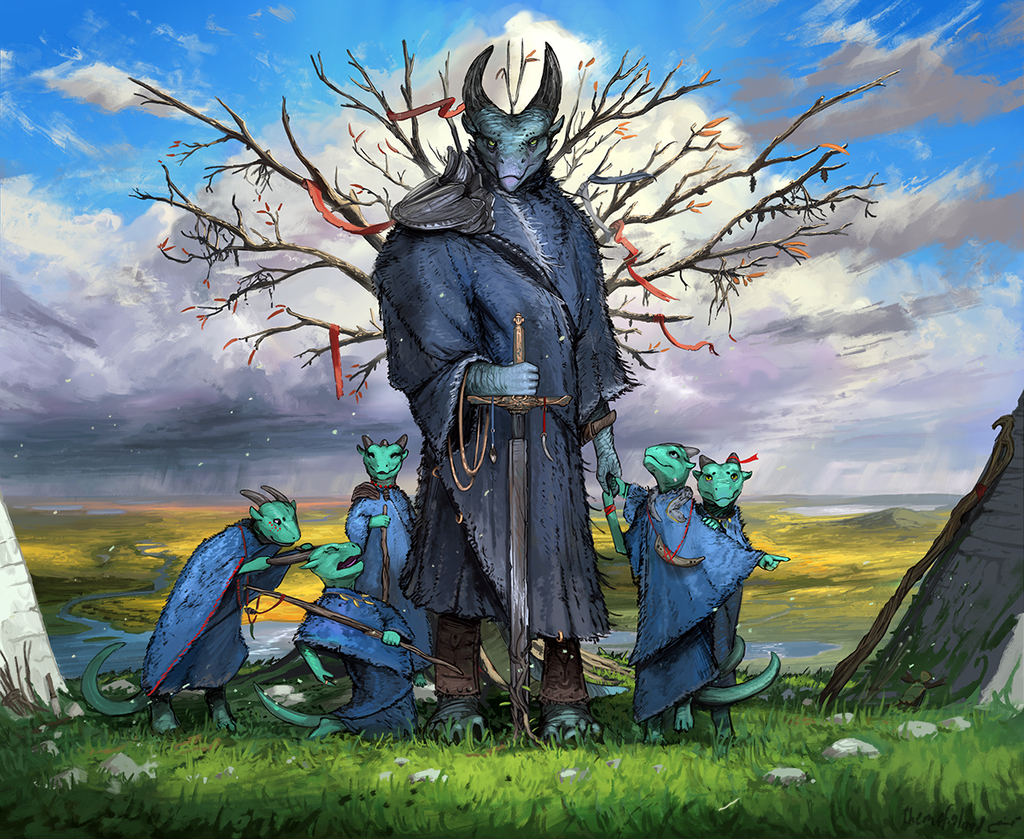 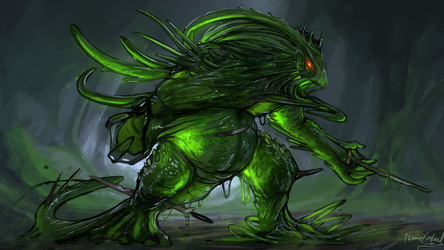 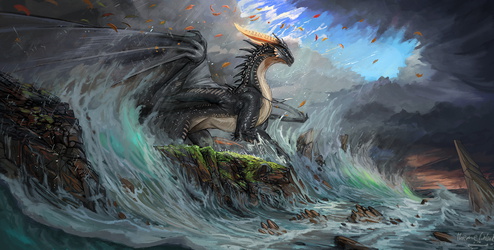 "Saleua is a former slayer of beasts and was the mate of General Granis, who disappeared into Glacialica. After his disappearance her former home was left into ruin, as the beasts from the north assaulted it each winter. To add to this, during this period, humans had also began to expand beyond their own borders, attacking, raiding or even enslaving villages they came across. This and the new additions to her family forced her to find a safer place to live. She and her children traveled days southwards where they thought they could be safe from the chaos in the north. For awhile things were indeed calm, slowly but surely however, more and more people could be seen roaming the lands. Southern dragonoids, who she had never seen before, moving towards the north and east, speaking words of a war and them being summoned to aid the northern dragonoids in fending off the invading humans. These news would leave her torn between helping her people with the war effort and her children, it would still be several years before they would be able to defend themselves.

It would seem that the long peace in the north had finally come to an end and the winds of war were blowing her way."

This was an entry for a competition to which I unfortunately was unable to place into the top 10. But at least now I have another piece of lore for my world, and I think it looks pretty good for something I had to cobble together in three days