King of the slimes by themefinland 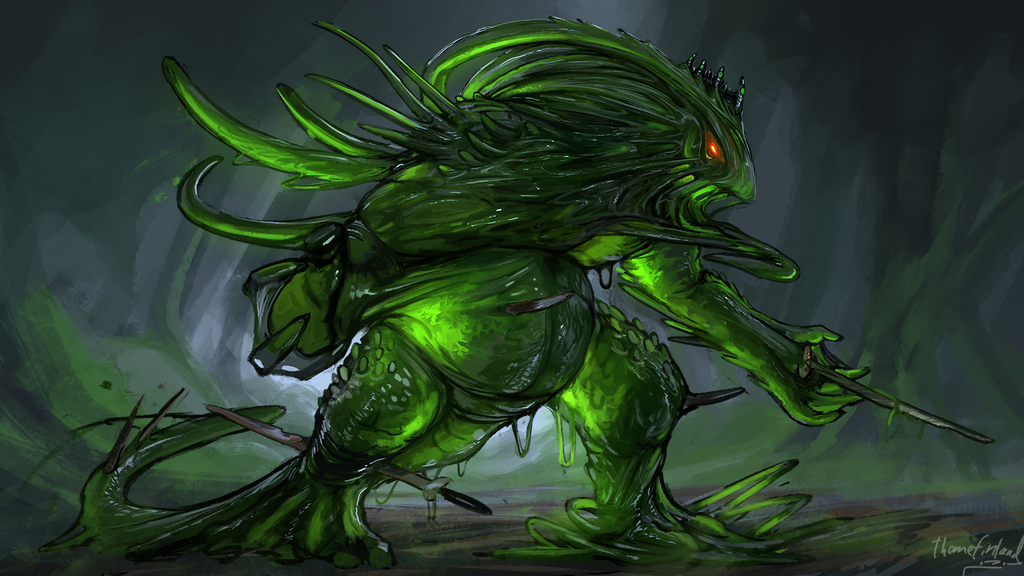 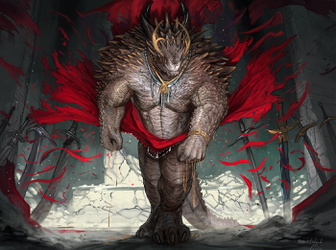 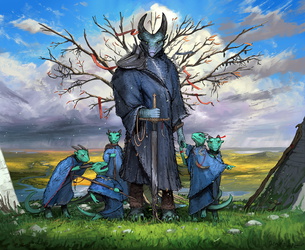 King of the slimes

"There once was a kingdom that was plagued with strange green slime rotting its crops and forest. Each spring it would appear again, severely crippling its economy and people. The ruler grew increasingly suspicious of his neighbors whose lands remained pristine from this plague. Soon he commissioned the famed alchemists and sorcerers among his people to figure out a way to get rid of the ooze. One of them came to him one day suggesting not a way to destroy it, but a way to weaponize it against his neighbors while they would figure out a way to remove it from their own lands. The cunning ruler agreed to this plan, and so it proceeded forward. However, this plan backfired on the cunning ruler and created an even worse version of the slime and within a few years the entire kingdom was in turmoil due to the rampaging famine and the people revolting and leaving the lands untended.

Now this land is a dense swamp, and under that dense swamp still lies the ruins of that kingdom and inside the dense foliage you would best wish not to catch a glimpse of the current denizens of the place."