I am Nobodies Pet by TheEvilTeaDrinker (critique requested) 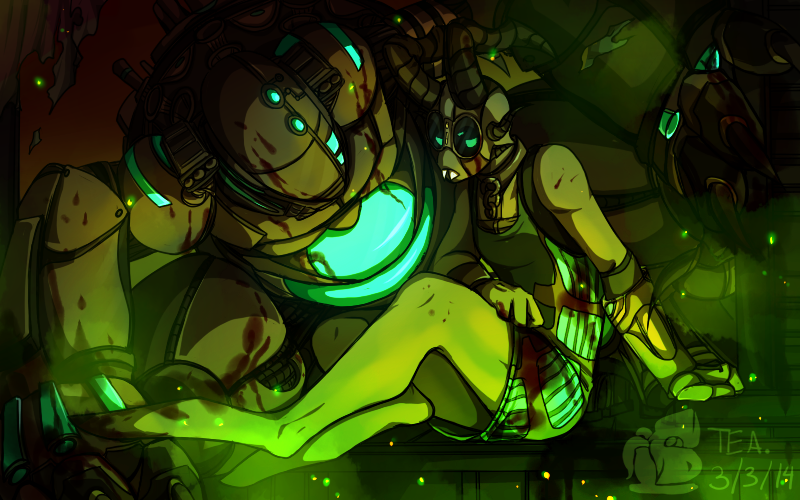 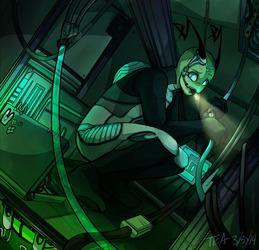 I am Nobodies Pet (critique requested)

Figured it was about time that I draw something that is a bit darker with Tikah. With all her adorable quirks and hilarious behaviors she actually is a rather cold person. Easy to make assumptions and very judgmental of others, willing to label someone as her enemy merely off of their species alone.

What really inspired this picture was the song:
This Little Girl - Cady Groves
www.youtube.com/watch?v=Y1crJm…

Though also this is a concept of the way Tikah is able to control a majority of her machines.The gauntlets she wear can wirelessly instruct the droids at her command. Like a remote control if you will.
Some react to voice commands though for the clearest responses and reaction times come from her gloves.

So, if anyone decides they want to try and keep a Vi'hgta as a pet they might wanna take away her toys first.
Just a small thought.
Fair warning has been given <|