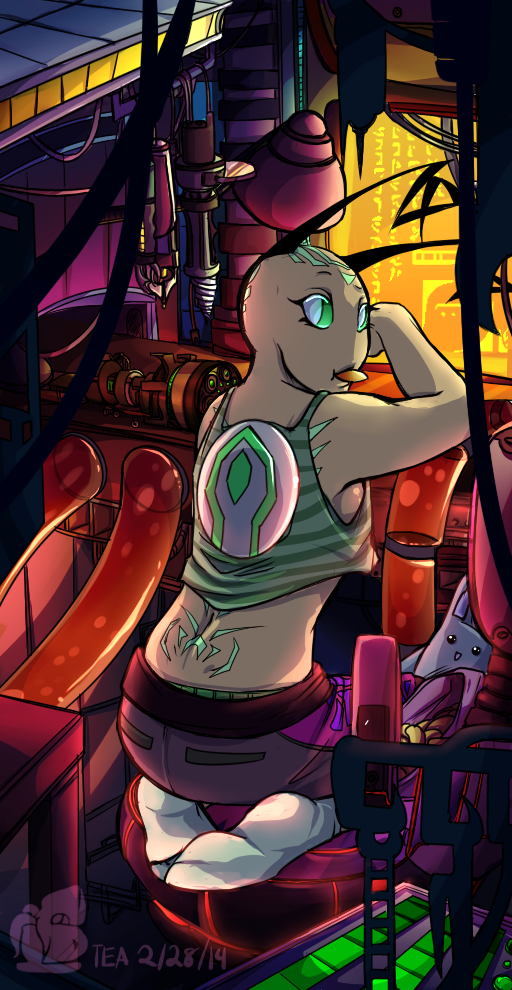 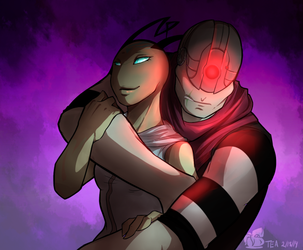 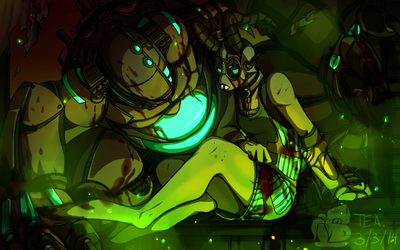 Here we have the wild Enya in her natural habitat...
She slowly stalks her prey..
The common chip, cornering it in a plastic cave.
She strikes.
Sinking her fangs into her victim she stops.
Something is wrong.
A disturbance.
Antenna perked in alarm she surveys her surroundings.
With her keen senses she locks onto the intruder of her territory.
Her eye's snapping towards the challenger.
SHE HAS SPOTTED US.

Enya is like I have said before, the oc I might relate the most to a blogger. She can spent hours just curled up in her work space working on coding and other projects, munching on junk food. Though admirably she sometimes comes up with some very odd combinations for her meals. Lets be thankful she has people to cook for her or gosh knows what abomination she would end up creating.
She greatly enjoys the time alone that she gets alone, not always the most chatty person in the world. Actually in most cases she opts for silence rather than anything else.

In her area of the ship she tends to clutter it full of electronics and tools, a kind of controlled chaos. Though, oddly enough anywhere else she occupies is kept in perfect condition. Guess the mayhem helps her think in someways makes it feel less empty.

I did the lineart for this piece in one of my livestreams, so thanks everyone that showed up for that! I thoroughly enjoyed your company!

Enya and art belong to TheEvilTeaDrinker