I am His as he is Mine by TheEvilTeaDrinker 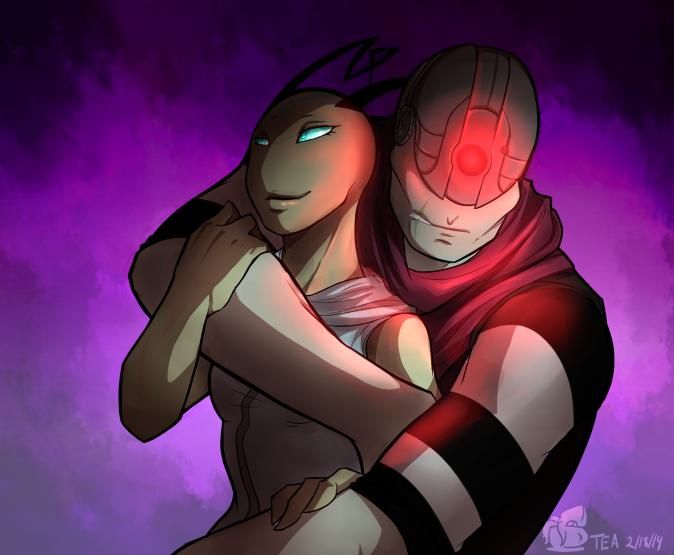 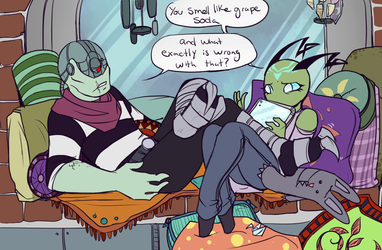 I am His as he is Mine

Got in the mood to draw something with a bit darker touch to it the other day. Not to mention the contrast between Skulli's and Enya's body types was too irresistible, I had to draw them together a bit.

These two really have been infecting my drawing hand the last day, too many ideas not enough time in a day to draw it all. Alas the curse of a massive art attack. A lot of people tend to think of Skulli as 'creepy' but in a more goofy manner than anything. I myself find him attractive but you know that is me, really he is a rather intimidating boy.

A possessive one at that too, Not really too keen on sharing what he considers 'his' and at times this including people. Really takes one in a million to figure out how to deal with his antics.

Wasn't entirely sure what to put in the background of this image, but I did the coloring for it during a livestream and got some helpful recommendations from the people watching. So everyone that attended Thanks for that~!

:bulletblack: Did a few new things in this image, the first of which, the lineart was done by my great friend headamuse who did a fantastic job with that.

:bulletblack:Along with that in this picture I also have a colored background. It's not something I generally do admittedly. Either I go all out with a background, or just leave it blank. So it feels rather strange to post something like this.

:bulletblack:The last change I did this time around is in fact, a watermark. Its likely to change soon, due to it being something I put together in my stream. I came to the disturbing realization recently, that many people had been using my art on other websites, some even on DA. Without my permission. Not necessarily claiming it as their own as such unable to be labeled as 'art theft', but I was still rather perturbed by this realization.

I'm playing it by ear at the moment on what you guys think of the logo, and I am open to recommendations if any of you have them!

Drawn to the song:
www.youtube.com/watch?v=NplES5…

Original Sketch, and colors of the image were done by TheEvilTeaDrinker
Lineart by headamuse