One Man's Trash by TheEvilTeaDrinker 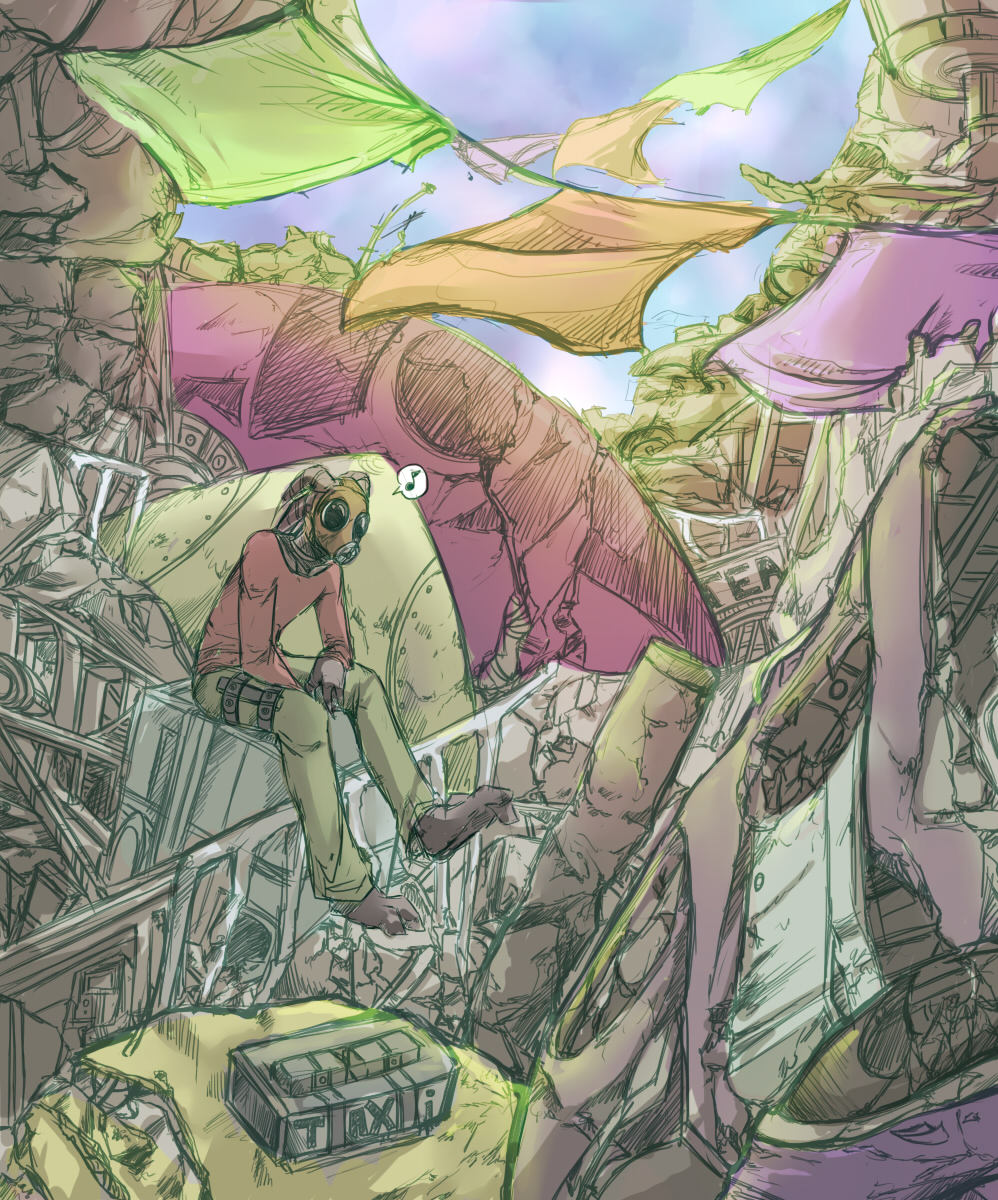 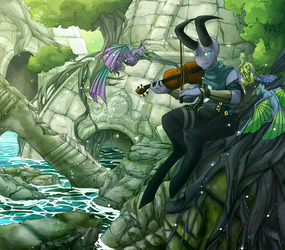 is another mans treasure

I started this sketch in the livestream and finished it up after it was over, I was going to do some more 'official' lineart.
But after some consideration decided to leave it sketchy, primarily because it fit the scene I suppose, kinda the messy junkyard sketch book kinda image.

So this is a little OC of mine I am still working on, he goes by the name of Almaca. Thank Cuddles for helping me out with the name after me bugging her late at night to help me think of one.

He is a little scrap metal artist of sorts, building his sculptures from destroyed ships and items he finds in the junk yard he lives in. Welds them together and warps them into the shapes he wants, ultimately manipulating them into the form of what ever he wishes.

The kiddo doesn't talk much, suppose you could call him skittish. But over all he is a hyper enthusiastic kid with plenty of body language once he becomes acquainted with you.

Expect to see some more of the adorable bugger.