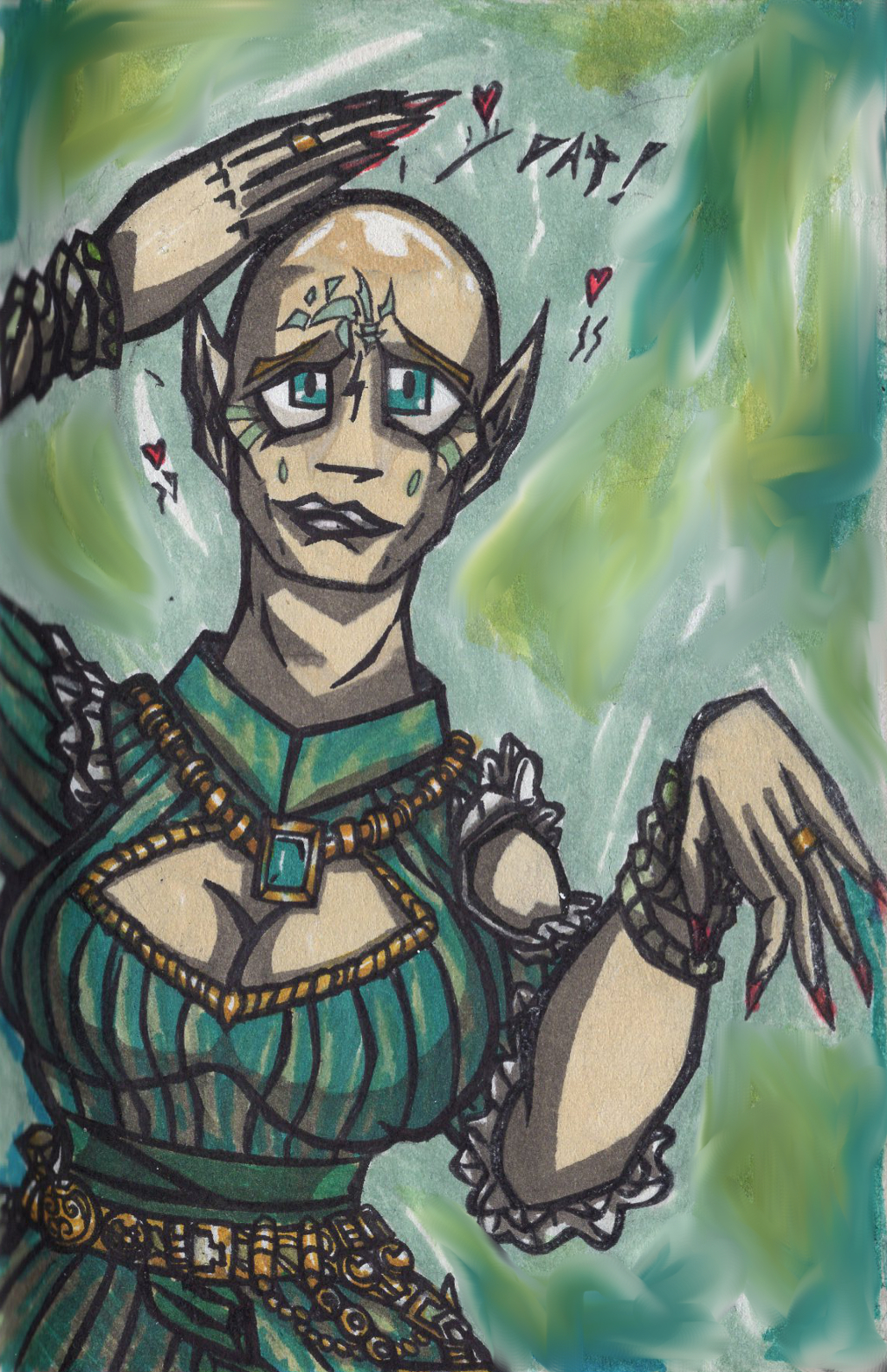 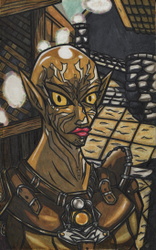 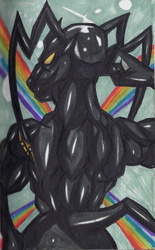 I wanted to get this piece of very cursed Aerie fan art/ doodle thingy out of the way! xD I imagine this is not how she would react to going bald at all in universe, but who knows? Either she wasn't intended to be expressing a positive reaction to going full cueball, rather an expression of dread and distraught over loosing her elven locks, only for instead when I was inking the line-art for this, accidentally making her look like she was smiling instead of, not doing that, & because of the mistake, I just decided, f*ck it, & rolled with it, added the hearts afterwards along the way! She was suppose to be frowning originally, & now you are given the full context to why this is very cursed! xD

May or may not inflict female pattern baldness on any woman that views the image, (eh, hem!)

By the way, if any of you aren't aware Aerie is a character from the video game Dungeons & Dragons Baldur's Gate 2! She is one of the available companions in that game! She's suppose to be an Avariel elf which is a winged elf, but due to an accident that happened during, I think it was a circus perfomance or something, my memory is a bit corrupted on that :P, ended up injuring her wings towards the point where she had to get them removed. I just felt like finishing up this doodle & increasing my activity & portfolio a bit!

I am going to be drawing this lady again a couple of times later, albeit with better colouring, short hair, & more modern looking clothing. I plan to feature her, or at least a personalized incarnation or her for my D&D homebrew thingy, to be featured in some future up coming web comics/manga based on my homebrew D&D setting which is filled with cool, wacky, zany, goofy characters, where you'll follow her on some adventures of her own! xD