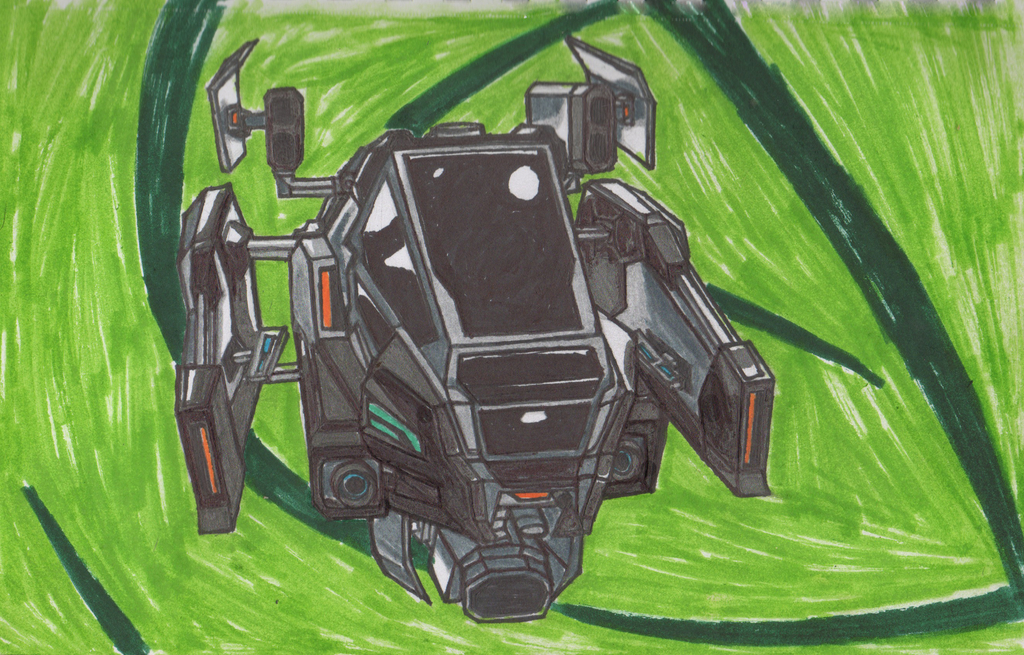 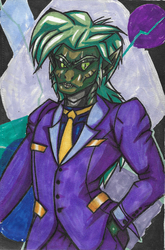 Something I did, actually wayy back! It's the Kodachi gunship from a game called overload, which is a spiritual successor to another game called descent, and is also within the 6dof genre! The kodachi gunship is the official player ship of overload, and it is actually a repurposed utility ship being utilized as an improvised fighter ship of sorts.

Here's some older gameplay footage of an earlier build of the game it's from https://www.youtube.com/watch?v=-mzAreWrDKg

Heres also a trailer of the full game. https://www.youtube.com/watch?v=wIynFVk1NG8&feature=youtu.be

And heres a manual for another descent-like 6dof shooter game sol-contingency to give you a better idea of what a 6dof game is like if you're unfamiliar with the genre. http://sol-contingency.com/docs/Pro.....Manual_1.0.pdf

This thing was a pain in the rear to draw >.< even with a reference image available, but I do plan on redrawing this gunship and improving on my next stylized rendition of the player ship, hopefully, I could also start working on a full ref sheet. It's probably going to a pain drawing it again, even more so to make a full refsheet! ^^; He