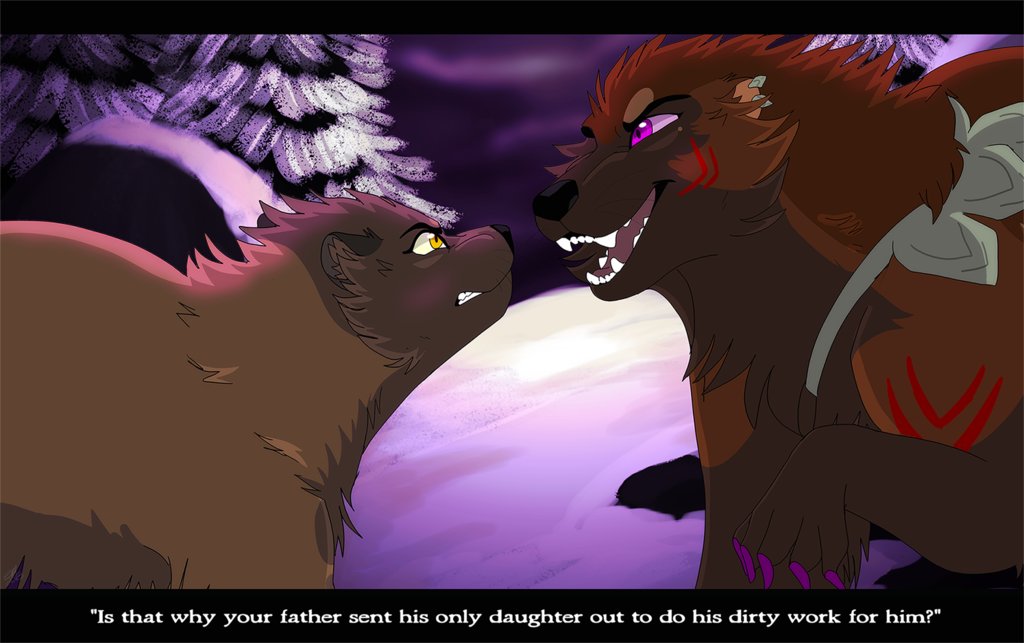 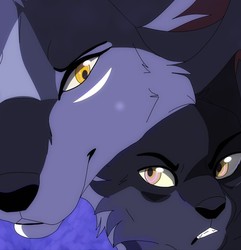 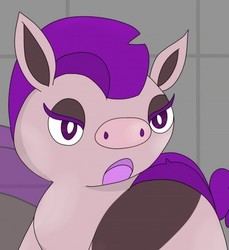 Xharezniya fashioned an almost wicked grin at the mention of her father’s name once again. She continued to stand on her hind legs and she now brought her claws together, gently rubbing them against one another as if she were sharpening iron blades. “A shame, I welcomed the idea of testing my mettle against your father. Rumor has it, he’s got a big mouth--but is supposedly a good fighter.”
Myirka quirked a brow slightly. “He does talk a lot, but he can back it up with his actions too…”
“Mmm…” Xharezniya mused as she leaned down and came almost nose to nose with Myirka. “Is that why he sent his daughter out to do his dirty work for him?”

story and characters belong to Darfix/varwulf.
I only did the art.