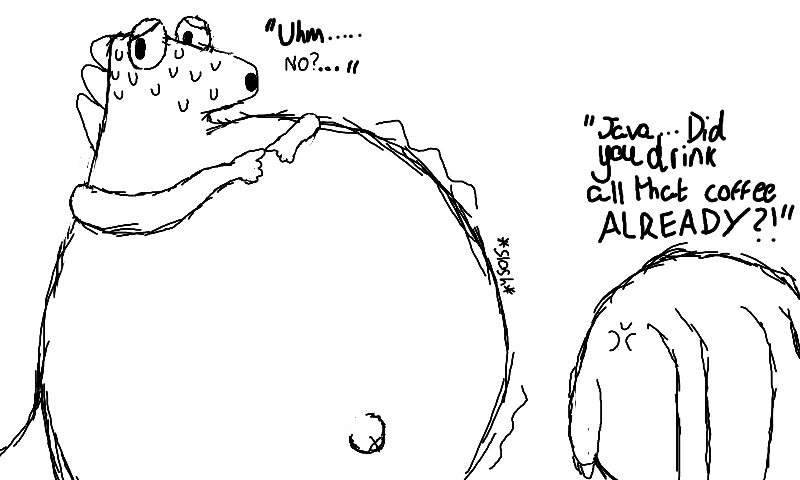 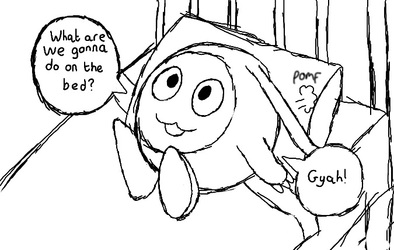 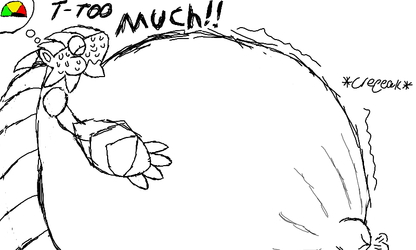 Ahh here we go! the good stuff. This just so happens to be my first ever pic where I drew inflation!

So who is Java? Well, he's actually a helper from a rather old computer OS designed for users who are beginners to using computers called "Microsoft BOB" this guy: http://3.bp.blogspot.com/-L0ZEhDmibmU/Uf3KBSwZ-SI/AAAAAAAAA7A/jiufUWWz6Ig/s1600/MSBobCharacter05-Java.jpg is one of the helpers who gives the user advice to using the computer.

When it came to drawing inflation, I wanted to draw rather obscure characters, y'know, those a lot of people havn't really heard of before.

Rather surprised Java isn't buzzed from drinking all that coffee.