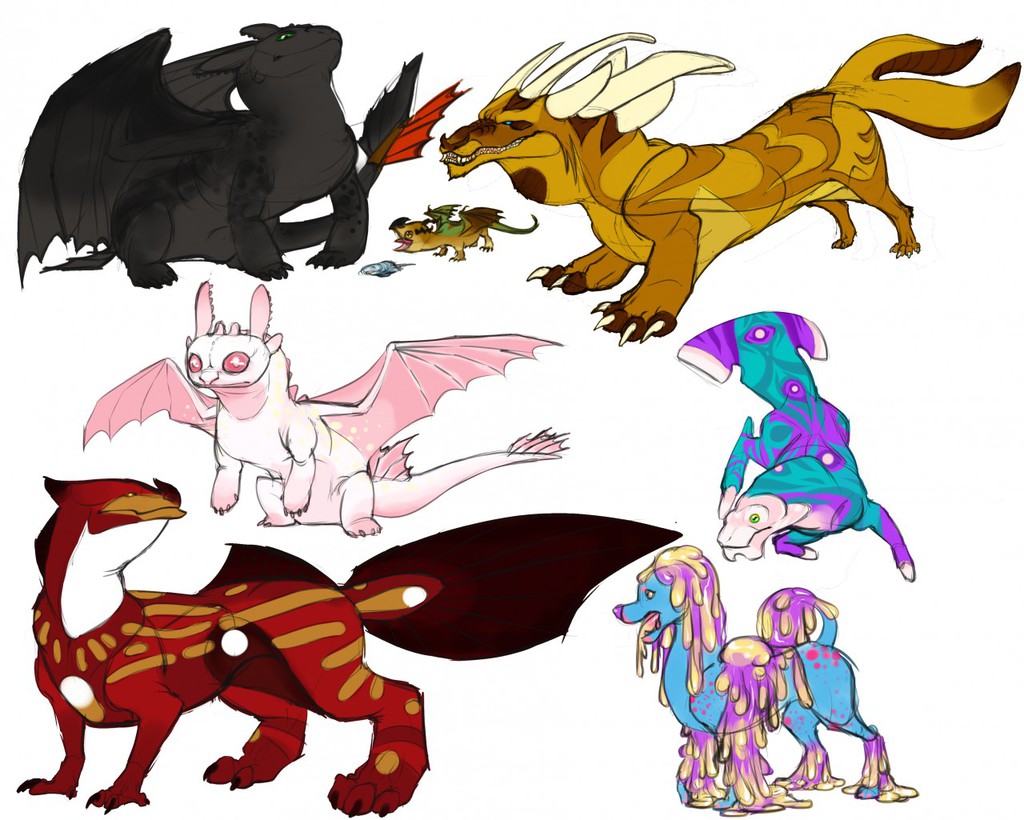 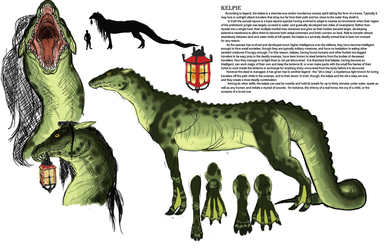 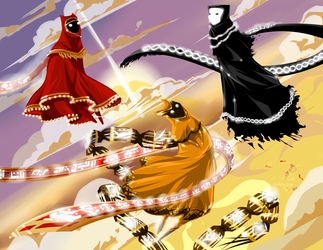 Got some colour on these bad boys!! I'm pretty happy with how they came out...Toothless being snooty over a Terrible Terror's offering, an albino night fury (because i'm obsessed with albino things shhh) that is constantly alert because it was born blind as a side effect of the albinism gene. It constantly uses its normal feelery ear thingies and also its wings as extensions of its body, like whiskers, to sense air currents around it and through them tell where things are around it. It's still a very young one, hence the only secondary nubbin on its jaw instead of Toothless's three, and the small wingspan. Also, because of the blindness, it's never flown, so the wings are also undersized and weak from lack of use.

The slimedog saluki thing was inspired by the EXPLOSION of slimeadopts that have made a comeback lately, and the other beasties are just for funsies. I think they're all cute babies! My boyf hates the colours on the slimedog though lul.