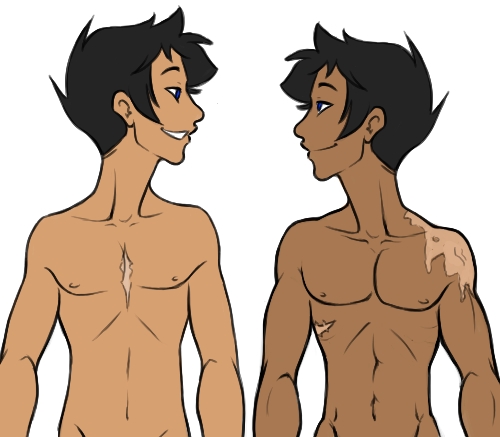 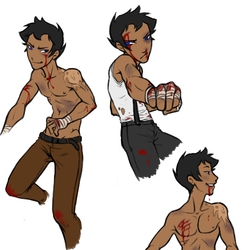 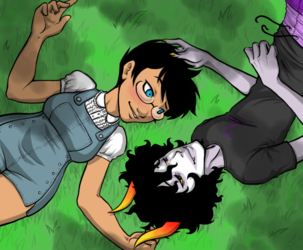 Originally posted on Tumblr in December, 2014.

Comparison between John and Joe, who are genetically identical.

At sixteen, John is a little taller and a little thicker because of steady nutrition, as Joe’s was more come and go. Joe is likewise more heavily muscled because he did a lot of manual labor and fighting for money while John was cared for. John of course is not weak, he just hasn’t had to put as much work in on his body. He’s plenty strong enough to wield his hammers and go about the game, while Joe actively kept up his regimen because it was his livelihood (as well as Jade’s). As for the color difference, that has most to do with sun exposure. John was an internet junkie, Joe worked outside.