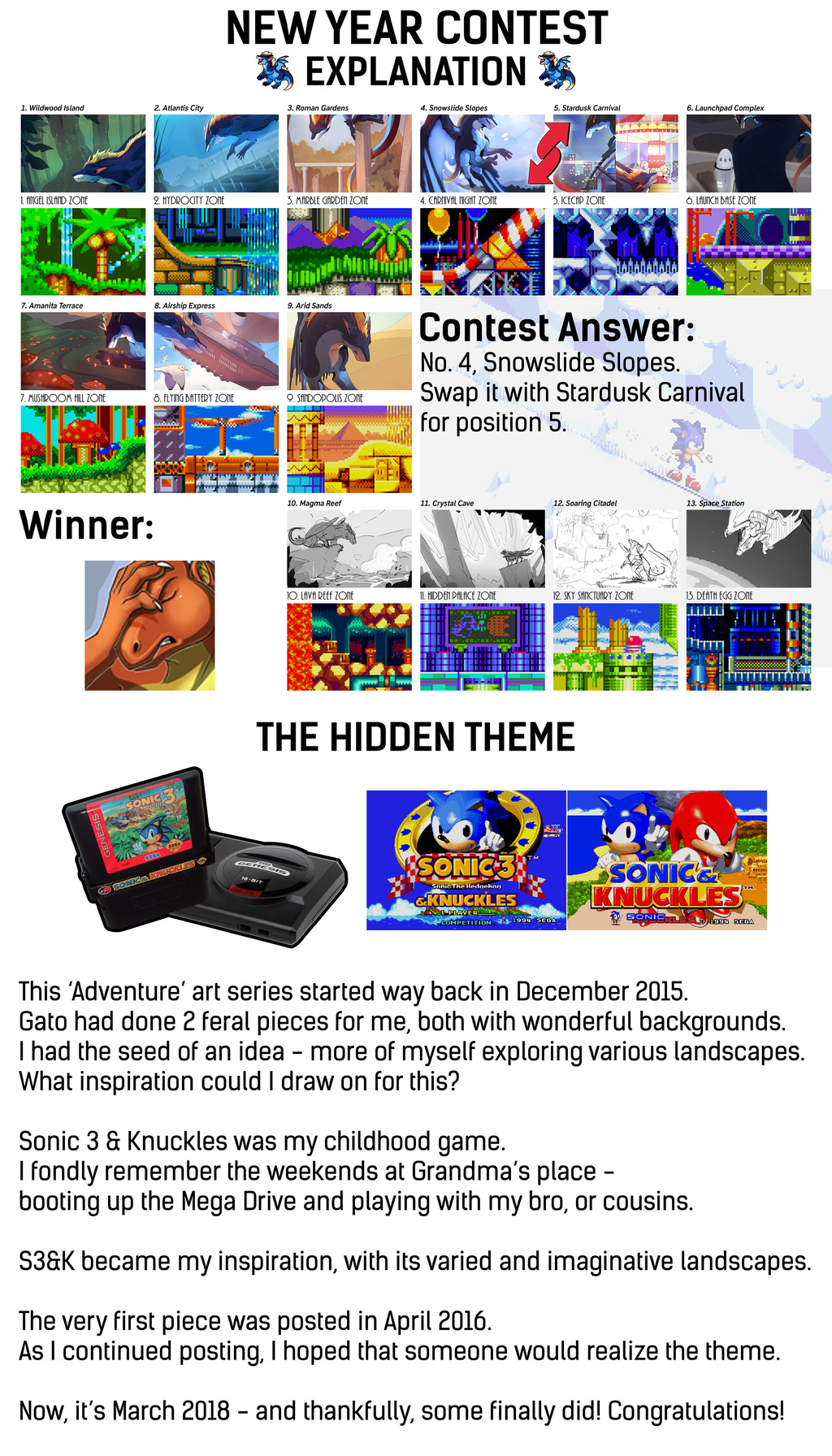 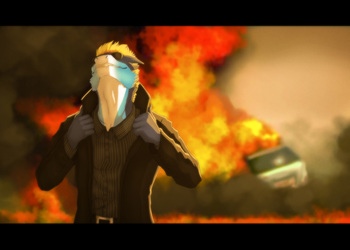 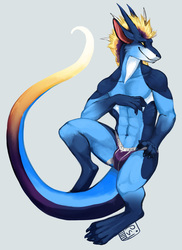 Honorable mention to :iconsee-saw: and :iconpreyingshark: for the correct answer too!
Since it's just you two extra, I'll be arranging a smaller prize for each of you.

The answer to this puzzle took some thought, and I'm glad each of them took the time to sit down and think about it.
Here's some snapshots of their 'aha' moments:

"Bingo. I knew Stardusk Carnival looked familiar. Some of the titles gave it away for me.
There are 14 zones... But all themes match up perfectly with zones 1-13.
With the exception of Ice cap/ Carnival Night. I played those enough times to know Carnival Night (Stardusk, Act 1 and 2, heh) comes before Ice Cap (Snowslide)
Very clever. You're making me wanna boot up my Genesis again and play those~"

".......are these all fucking sonic stages?
Marble garden zone i think for 3, 4 is that stupid snowboard stage from adventure
7 is like teryx being teryx sized in mushroom hill zone or whatever its called lol
yeah i pretty much facepalmed when i googled "Sonic 3 stage list" and saw that"

"And yeah, saw your recent journal about nobody really getting the answer right so I felt compelled to answer lol
video game level theming and google is a hell of a drug
after the casino piece I was like yeah, sonic probably ahaha.
I didn't know the exact game at first, but just that the first two levels are generally forest and then something underwater
and then a casino and some space in there somewhere lol"

There were a couple of hints I peppered around:
Each title is a 'translation' of the original stage name. Atlantis City -> Hydrocity, Launchpad Complex -> Launch Base.... c'mon xD I intentionally put those in the contest picture.
For Stardusk Carnival, there are 2 pieces. I named them with "Act 1" and "Act 2" - exactly like the stages.
This art series is called 'Adventure'. Named after...Sonic Adventure!

Other smaller hints:
I've drawn myself in the Sonic Adventure pose before. https://www.furaffinity.net/view/7908989/
If you've been following me on Twitter, I was spreading mad hype for Sonic Mania a couple of months back. I even bought the Collector's Edition!

Near miss:
Before this contest was even announced, one guy got the Sonic reference: https://www.furaffinity.net/view/24962401/#cid:125308078
"Flying Battery
ZONE Act 1
Reminds me a lot of that. Just add the soundtrack and it fits perfectly...."
Too bad he didn't show up for this contest though D;

Lastly, THANK YOU ALL for participating!
At the very least, I hope you had some fun thinking about the answer!