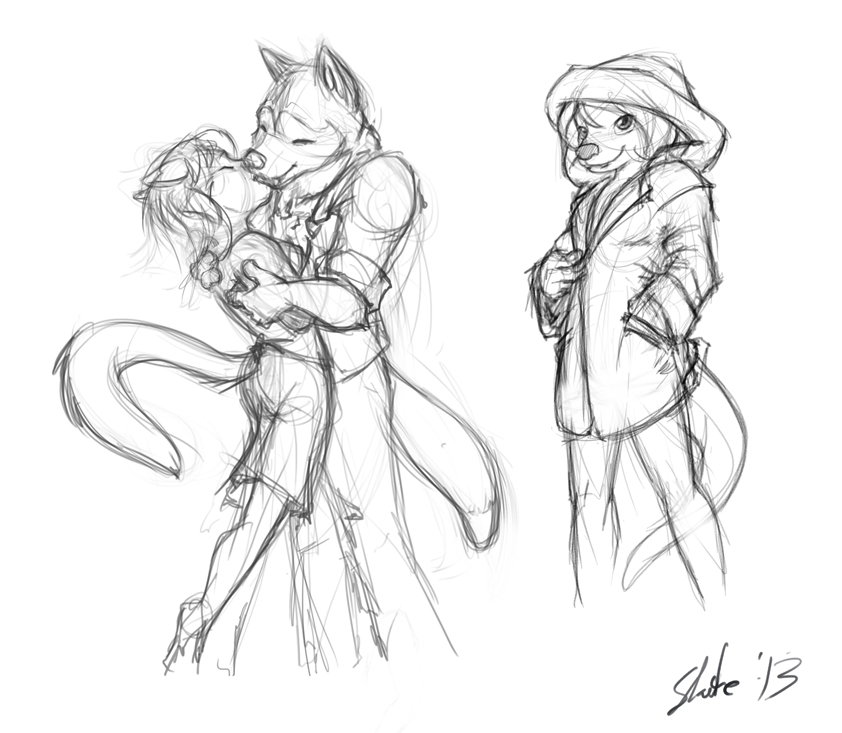 slate and I are posting some concept art to preview Adaptation, our upcoming cosmic-horror romance novel. It centers around Kylie and Max, two minor stars of a supernatural, weirdness-of-the-week TV show.

Kylie Bevy is a sassy otter who falls in love with her co-star just as the series ends. We toyed with the idea of having her be human (and ergo having humans in this universe), then she went through a brief phase as a feline before morphing into an otter. This allows us to contrast her motions and personality with Max quite a bit.

Max Saber. guitar riff How cool is that name? So cool, it put itself in BBcode formatting. As soon as we said that name aloud, we knew we had to use it. But because it's so powerful, we needed to have Max himself be a really down-to-earth guy. So we made him a farm kid from Montana (Nebraska for a while, actually, but then I realized I knew 100x more about Montana).

As far as the setting and tone, we didn't arrive at the comic horror thing at first. For a time, we considered putting them in space or in the past or having it be a video game or having the show ongoing. Eventually, we realized that having the show as the past would make a good setting if the series turned out to be true.