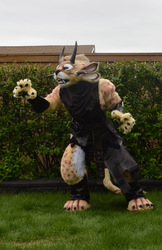 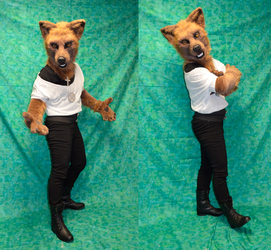 Rhane Sinclair aka Wolfsbane is a character from Marvel comics.

She's a Mutant who can turn into a wolf. I decided to whip up a quick Wolfsbane costume from X-Factor for San Diego Comic Con next week ^_^

Compared to my normal heads, this one is quite snug. I wanted to make it as form fitting as possible so it didn't look like an abnormally large head on a small frame.

She's nearly done, I just need to finish her handpaws, make her x necklace and crucifix and sew some buttons on her belt. 9 more days til comic con! I can do it!