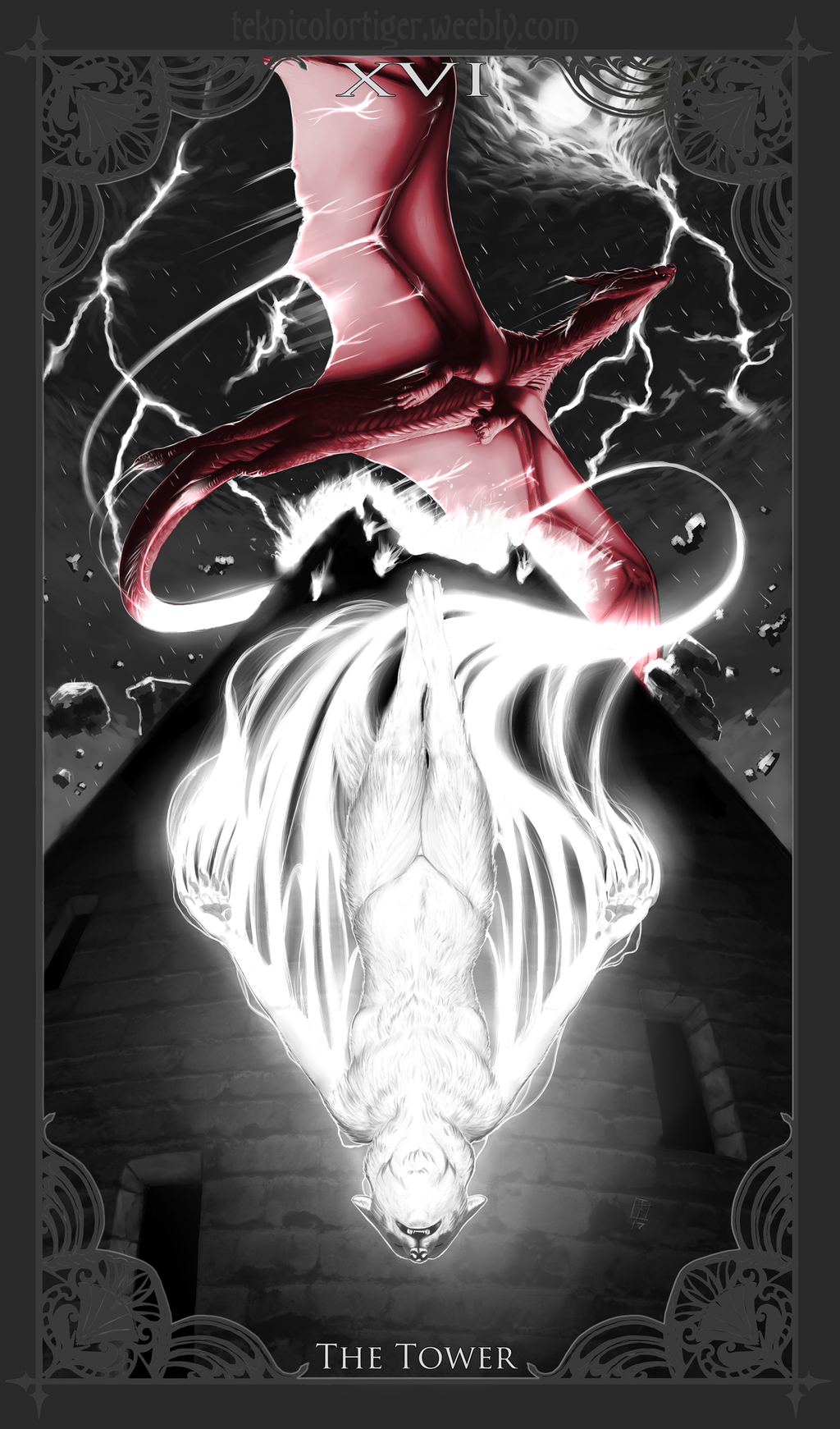 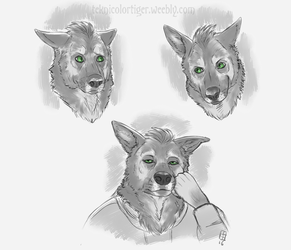 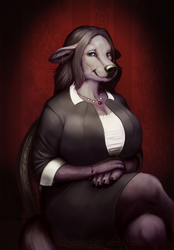 The Tower, 16th in the Major Arcana, speaks of catastrophic change brought about by adversity. This is very evident in the destruction of the tower and the overall sense of chaos and unbalance as shown in the storm crashing overhead, and the moon being swallowed up by the billowing clouds, signifying the dying light of wisdom and guidance. A figure falls from the collapsing tower, the subject of our transformation, and becomes enveloped in light that sweeps her back up into the heavens, soaring above the destruction. Her new form, a regal and powerful dragon. To that end, in the stillness of the image, we can deduce that the moon isn't being obscured, but is being revealed. The storm clouds peeling away to unveil understanding and maybe even a sense of serenity regarding the changes that are to come. Even if times are turbulent now, through our fall we will rise up, anew, reborn, remade, into something far stronger.

personal character, Luxe, is the very embodiment of these qualities. Resigned to her dysphoric existence, she seeks release through a pact with an ancient dragon spirit who, thinking itself clever, infuses her life with its own, granting her her wish for a new body and life. Luxe is now reborn male, and is now blessed by his patron deity takes on its qualities resulting in a rather jumbled mix of dragon and wolf, and yet feeling more whole than he has ever felt before.