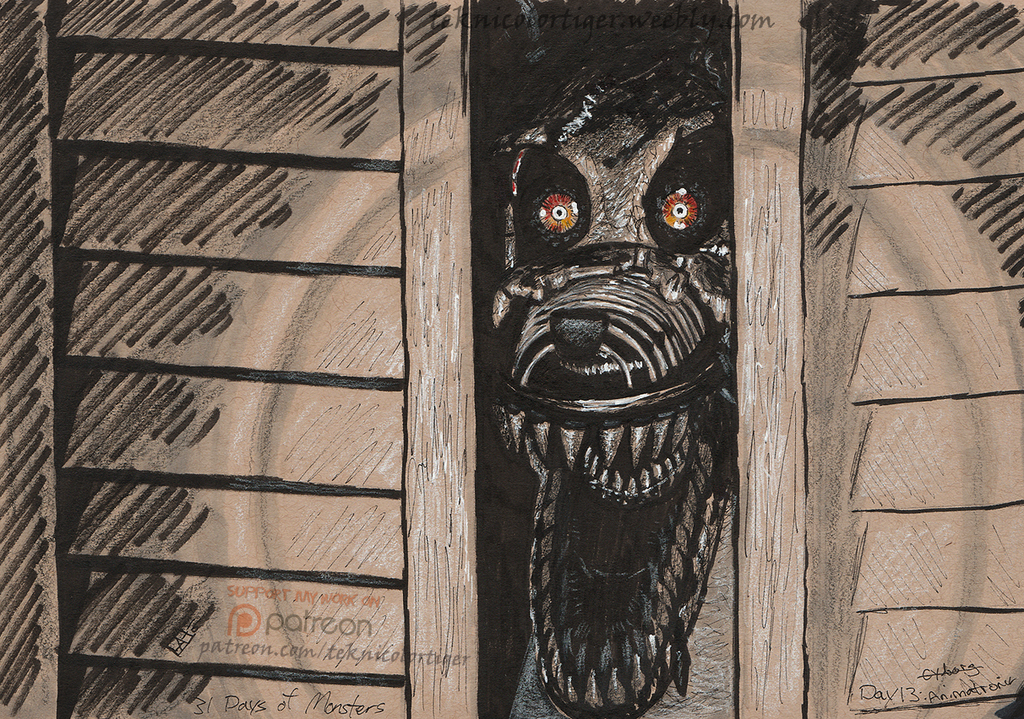 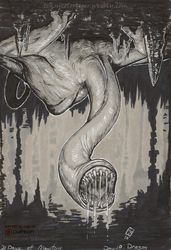 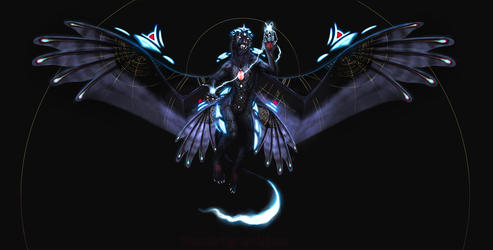 So for Inktober, I'm doing Kilo's 31 Days of Monsters. Day 13 was Cyborg, though I decided to make it Animatronic and drew Nightmare Foxy from Five Nights At Freddy's 4. Obviously I referenced a screenshot but it was good practice. Next time I think I'm gonna think of something better than just lines to denote darkness as they're rather distracting here. But pens are very difficult to use when working in gradients, or at least it's not something I've mastered just yet. I probably should have crosshatched it.

I'm posting all of my Inktober sketches to my Patreon and most of them I probably won't be posting anywhere else. So if you're interested in that, werewolves, anthropomorphic house cats, free giveaways and more then consider supporting me on Patreon. <3