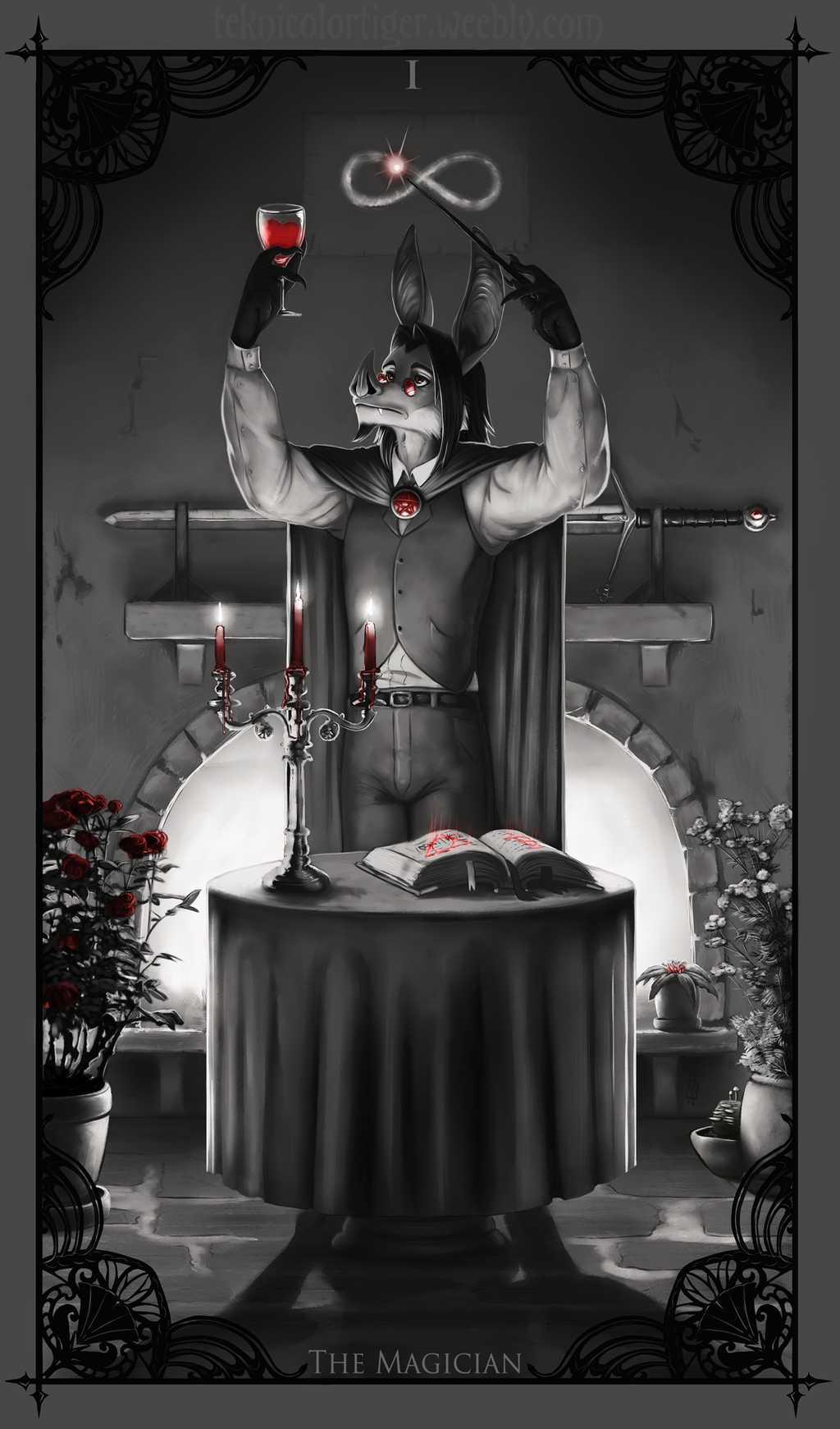 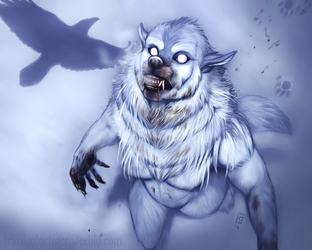 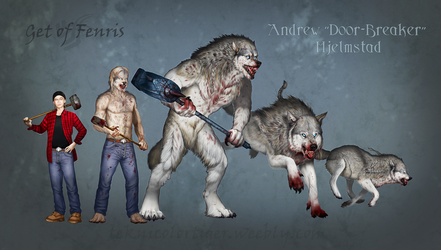 The Magician card, technically second in the Major Arcana although it is labeled as the first (after the Fool which is 0 in many decks) represents having all the power and tools necessary to make changes in one's life. All one need do is to realize this.

the vampire bat is a long-practicing magician. Here he is in his study performing a ritual designed to bring together the events he needs in order to achieve his goals. Arranged around him are symbols representing other suits in the Tarot such as Cups, Wands, Swords, and Pentacles. These are also testament to his knowledge of the arcane. The flowers also make us think of ingredients for potions as well as connections so the natural world, as long ago, magic was very strongly tied to nature (and still is in some circles), the mystical and sublime forces that make up the balance of the universe around us. The flowers seen here - the rose, hemlock, mandrake, and various mushrooms - all have occult associations, but medicinal uses as well. Above his hearth is suspended a glittering symbol of eternity, once again a manifestation of the sublime and the eternal knowledge therein. The aspect of nature is also present in the form of the elements - fire (candles), water (the liquid in the cup), air (the spark on the wand), and earth (the pots of flowers around him).

Stoker has explained to me that he has a strong association with this card, not only due to his affinity for the occult, but also because it resonates to many aspects of his life and how his life has progressed.

As someone who is also fascinated by the occult (though non-practicing), I had a lot of fun bringing this card together and figuring out how to make it similar to the Rider-Waite representation as well as making it unique to the character.