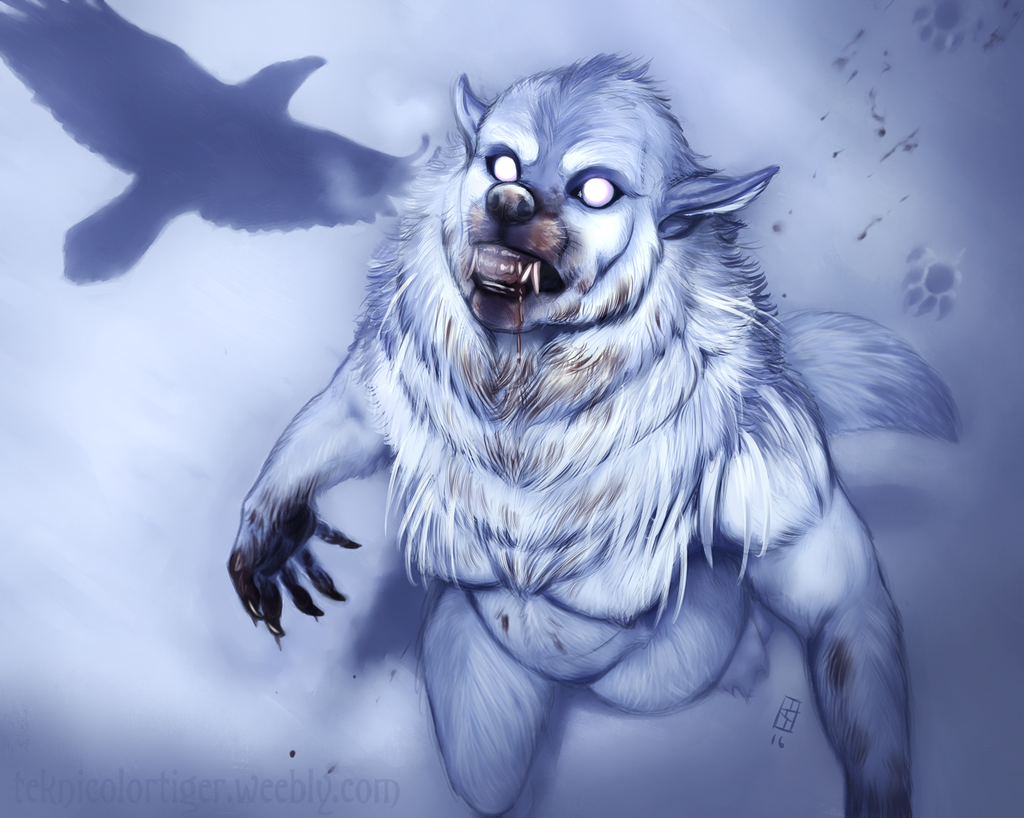 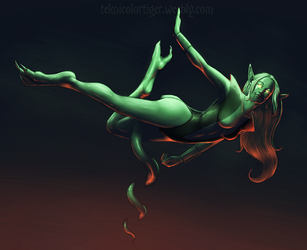 "Maven" is this character's tentative title and may change in the future, but she's a creation of the super cool Sturmschwinge over on FA/Tumblr/etc. This was technically supposed to be a shaded sketch but considering how much detail I ended up dropping on this I feel it's more fair to call it a speedpaint. Or something. I initially didn't plan on it having such a definitive background but inspiration struck!

Anyway, here Maven is succumbing to moonblindess. While that doesn't have anything really to do with being blinded by the moon - it just basically means she's getting ready to go into a Berserker-like rage, presumably because that's what werewolves do under a full moon. Her raven companion circles anxiously above probably ready to swoop down to pluck at the remains of whatever unfortunate Maven was dining on before.

Please no critiques. This is a commission.