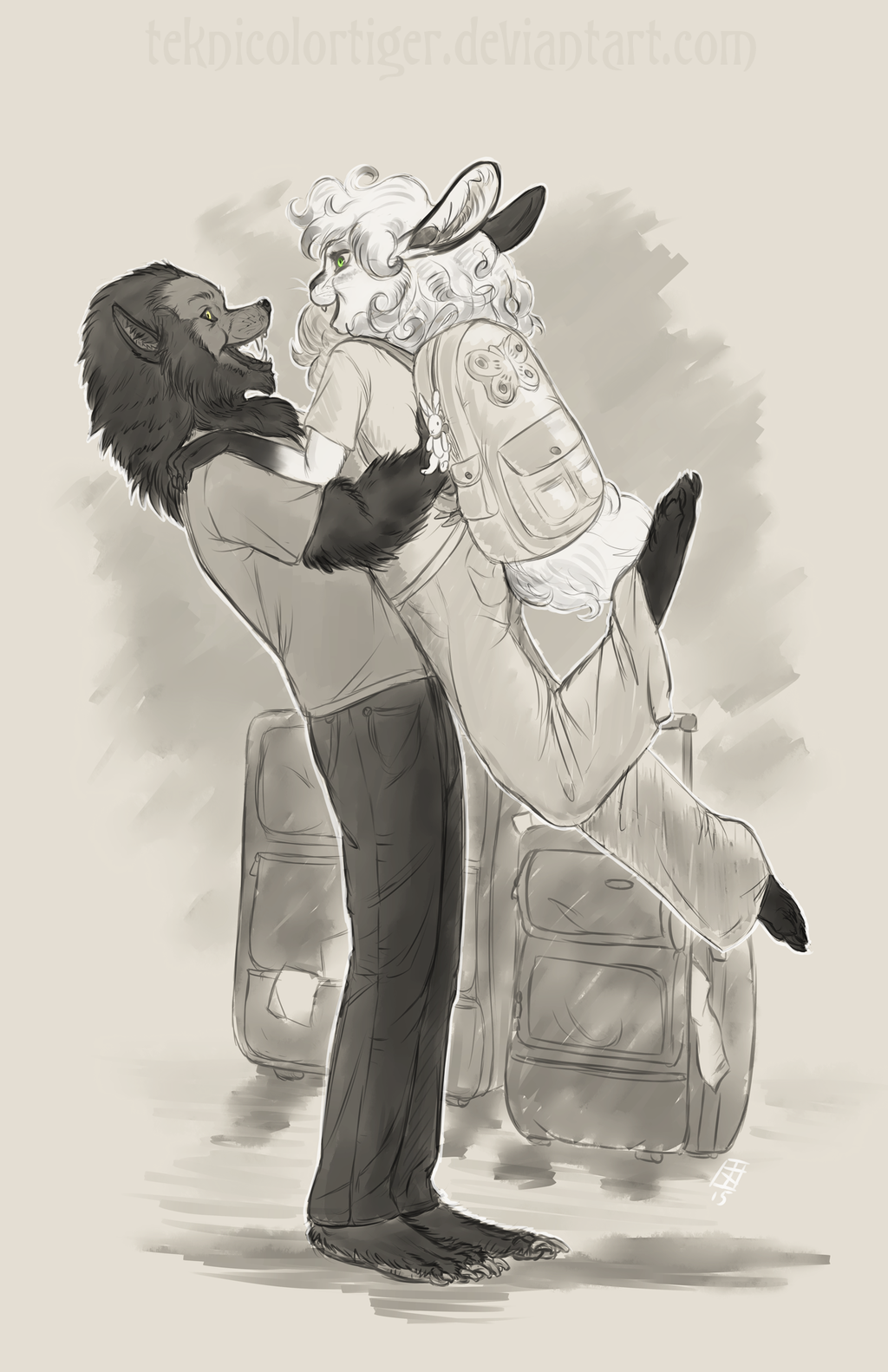 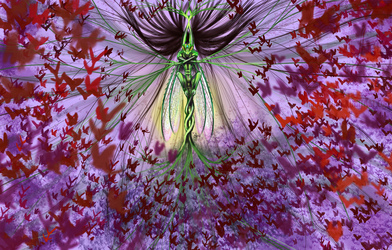 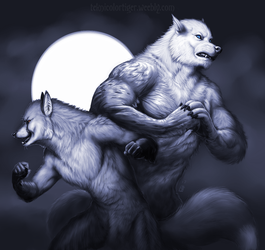 A simple sketch commission I did for a client a few months ago who was putting together a kind of anniversary book for their significant other. They commissioned artists and asked them to recreate significant moments in their lives. Very neat and touching idea and this one especially spoke to me since it features their character reuniting after being separated by immigration (the wererabbit was immigrating to Canada from the US). And I've totally been there myself.

Anyway, this was a fun and relaxing little sketch and I was honored to be apart of their anniversary. :)

Both characters belong to their respective owners and are not my creation.