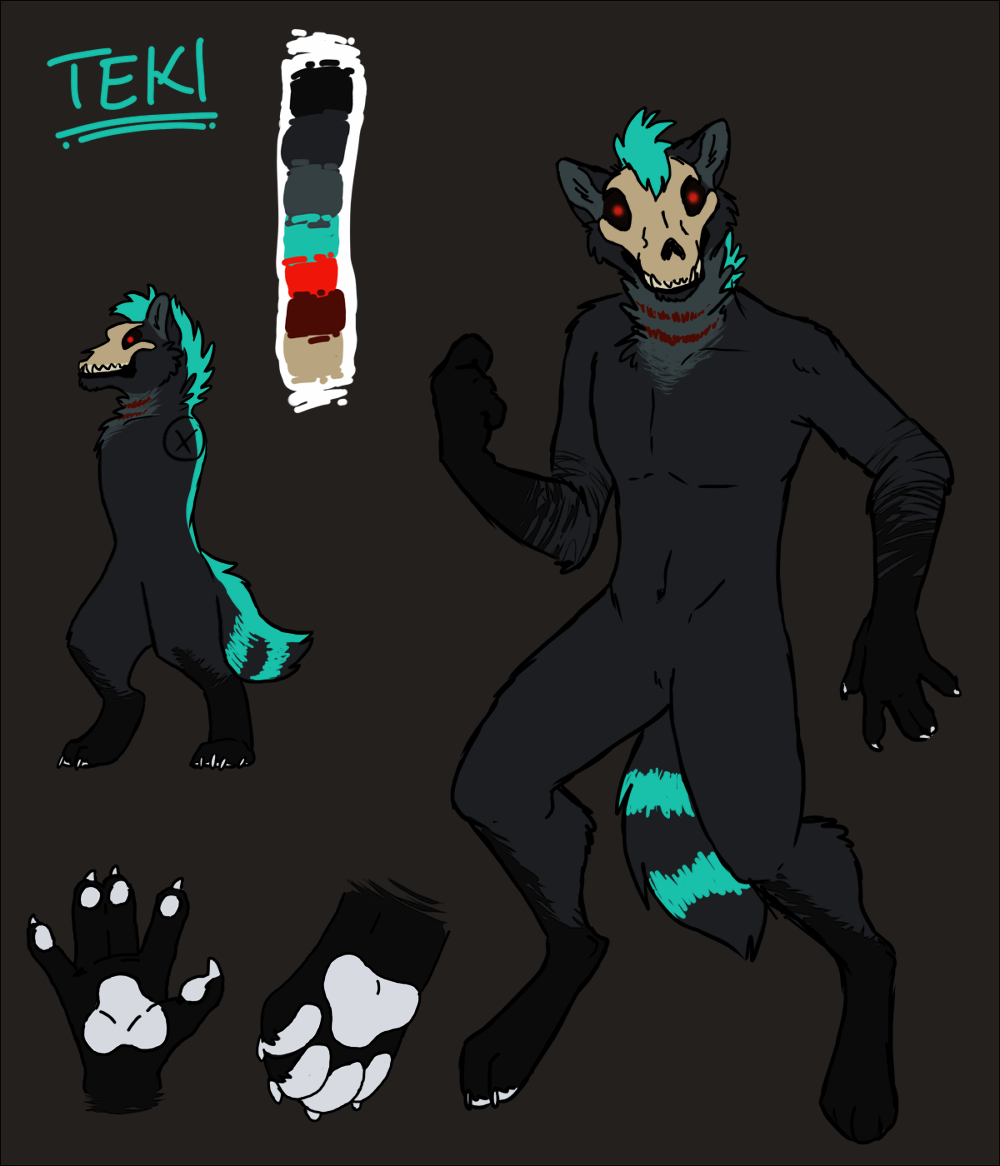 Here is a new sketchy ref sheet for Teki.
All that changed are some markings. I've wanted to redesign these for ages.

Teki was created back in 2000 and hasn't changed much. All that I ever added to his original design were 2 markings, this was done 5 years ago.

So with the new year I thought it was time for some changes.
I drew this little ref up today after thinking about what to change for some weeks.
Basically it's "back to the roots" as Teki was originally created as a maned wolf with a skull. So what I added on the arms, legs and neck are maned wolf markings as you can see here - http://media-3.web.britannica.com/eb-media/02/2302-004-1CB47046.jpg.
I'm keeping the original turquoise markings but I'm dropping the 2 arm markings I added in 2008/2009. I just feel they're not right for him and they bothered me a lot lately sooo yeah, off with 'em.