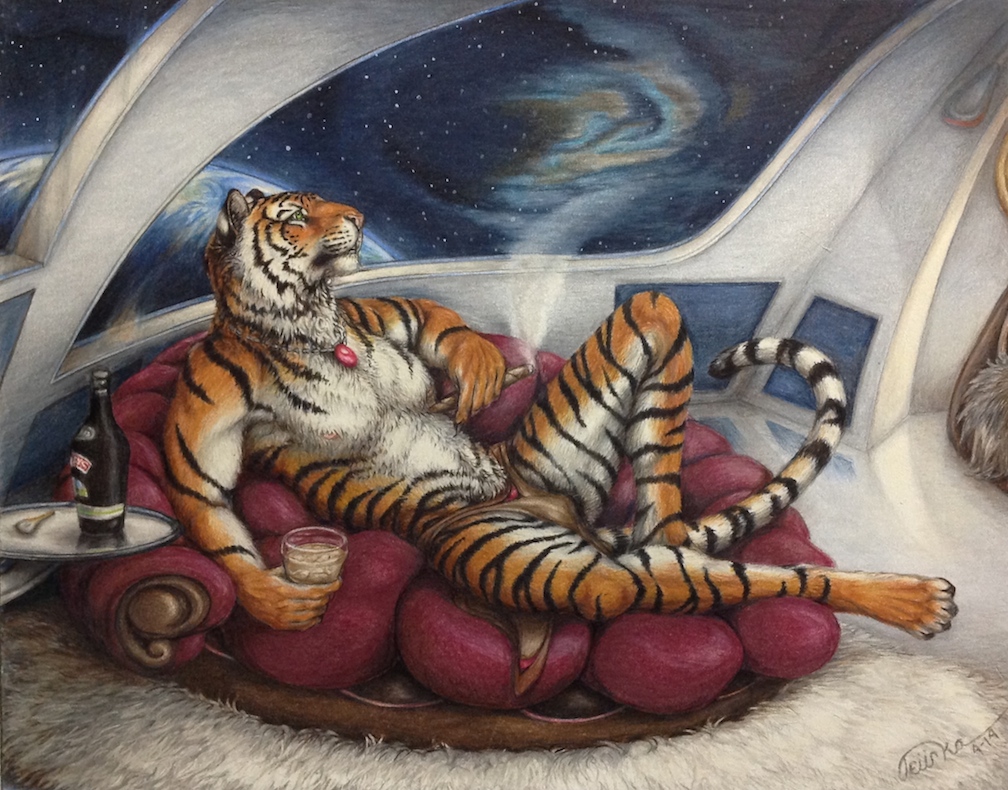 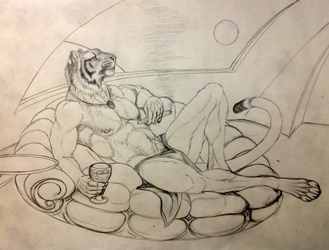 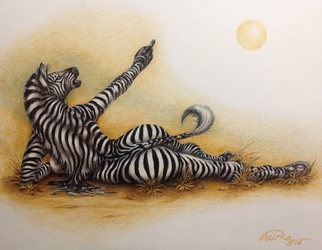 11 x 14 color pencil !00% coverage with a little Pitt and micron pens and various grey copics to help out.

This is the character in which I took my name early on. He is one of many many characters in my proposed Ark Worlds series and the one I suppose I would most like to be in a fantasy life. Anthropomorphic siberian tiger starship pilot. :)

"Ark Worlds"
It was the missing link, and when the human world was discovered, it was hoped that the reason for the creation of the Confederated Worlds and their respective dominant species, would be at last answered. But still more questions arose instead. And although the humans were definitely the genetic template in which all known sentient beings were based, and their planet, the only naturally occurring world now in the confederation, was the one in which all others were patterned, it was determined that they were not the creators. They also lacked the technical knowledge and capabilities to perform the genetic engineering involved, let alone the ability to create entire planets along with detailed functioning ecosystems. In fact, human technology was quite primitive, having just barely reached the stage where they were able to explore beyond their own planetary boundary.

But in the end, Earth was reluctantly invited to join the confederation. This was partially due to the fact they now had in their possession, a starship, wrecked but still technically informative, and would no doubt be able to construct their own in short order, and no one wanted a loose cannon out there on the fringe. And besides, although the humans had little to offer in the way of raw materials or technology, they had reached a degree considerably higher than any other race in their development and sophistication of certain vices…

“Ark Worlds” series. Outlined though it may never have time to write it. I do have spinoff short stories in the works though.

All kitties love cream...
Mmmmm! Bailey's Irish Cream on the rocks and a good cigar. Can't get better than that!

I'll be picking at this for a couple days more and critique and suggestions are very welcome as always.