I'm a traditional artist that started drawing again March 2010 after a 31 year hiatus. I experimented with various media way back then and drew whatever tickled my fancy but mostly big cats (feral). After I quit drawing, I read Sci-Fi /fantasy novels by the hundreds. I was introduced to the world of anthro in 2010 and "WOW! I can combine my cats with my Sci-Fi !" And have been drawing and learning since.

No schooling besides HS and I didn't really learn much there either, I just experimented. I tried oils, acrylic, graphite, and Ink (never color pencil). Loved ink the most. I drew for 3 years after HS till 1979 when I lost my muse. :( Then in 2010, my 15 year old introduced me to the furry fandom. Soon after, I found a box of my dads color pencils from the mid 1950s(he used those pencils to try out for a job as a Disney animator) and started drawing. A week later, I bought a couple hundred more(mostly prismacolor but now won't touch anything besides Polychromos) and have been drawing since. I have learned by experimentation (trial and error) but I think I have learned the most from all the critiques I have received. I prefer the nit-picky kind that point out all the little things that may be wrong...and give suggestions on how to improve. I have never been hurt by a critique.

I have read a couple books on color pencils and didn't learn a single thing. I definitely don't use them like they teach in the books. One of the most important things I've ever learned (about anything) is to "do whatever works best for you."

I am also on DA, FA and Nabyn. All under teiirka 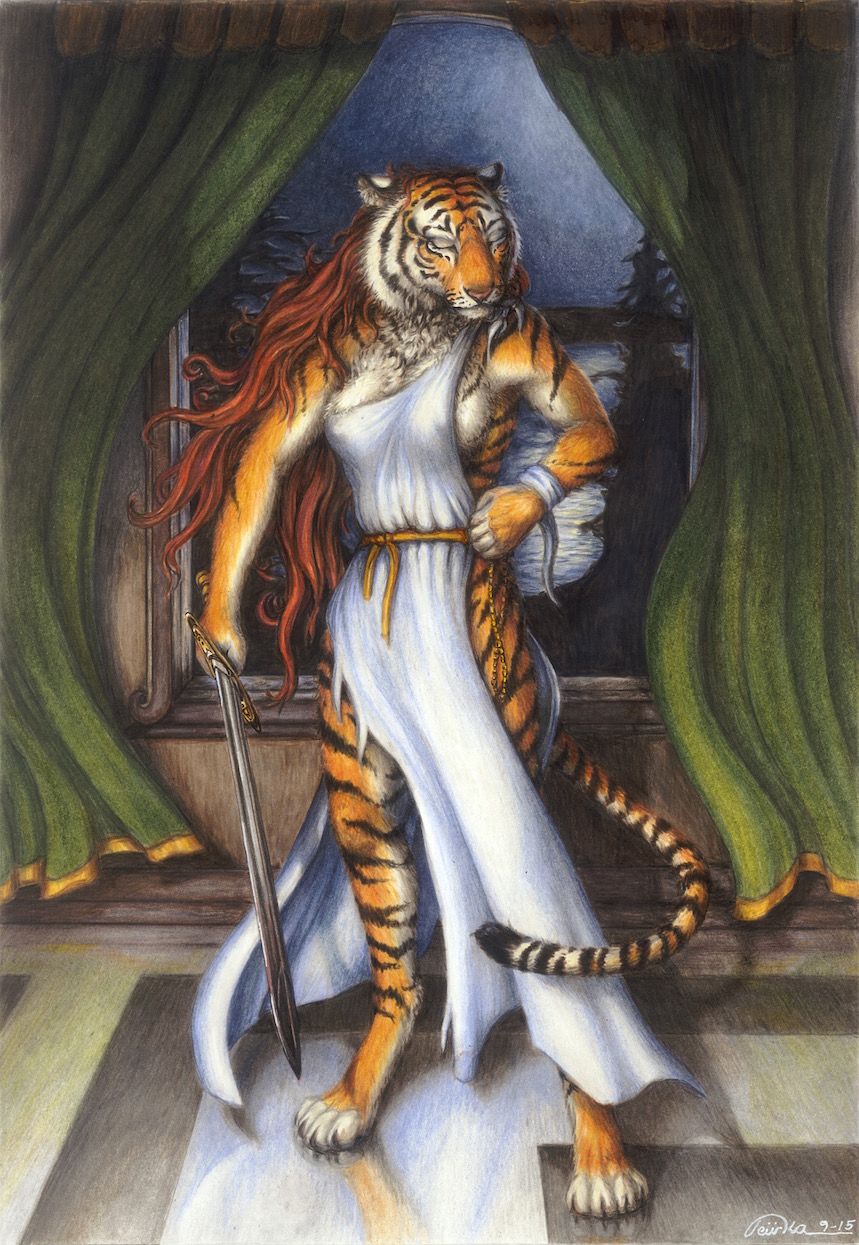 If you're interested in getting some traditional art of your character from the amazingly talented Qzurr, check this out!
https://www.weasyl.com/journal/31239/free-art-raffle-and-birthday-tomorrow