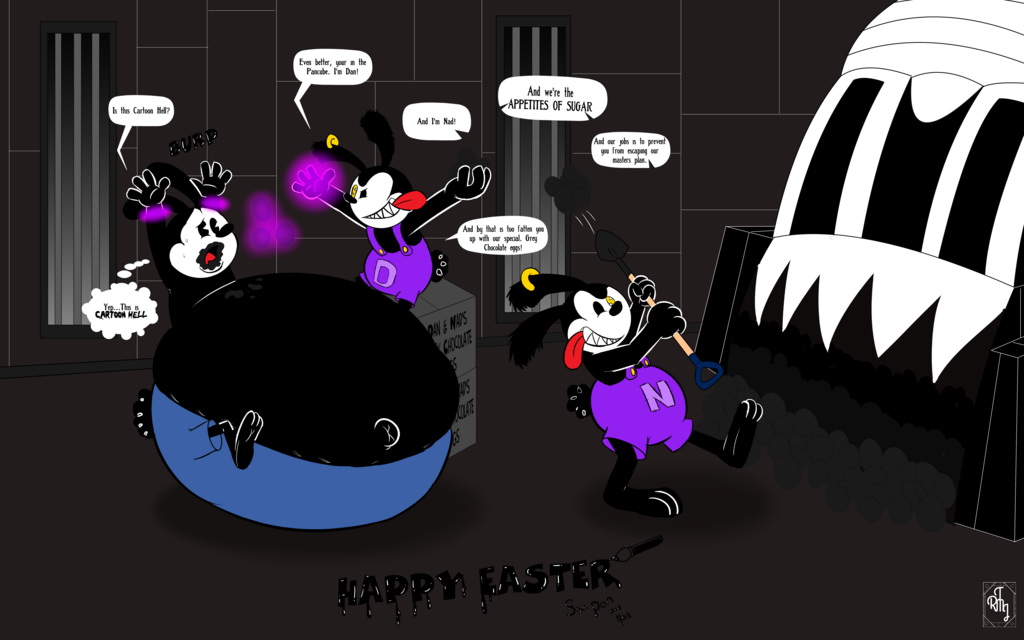 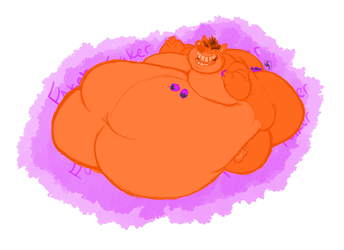 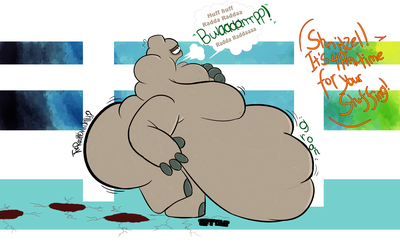 This doodle is for Easter today and I wanted to use a character that many people might have or i've seen very few fat artwork of and that character is Oswald, the lucky rabbit and got this idea last night and so, here you go. Hope you guys have a Happy Easter.

Oswald, the lucky rabbit. He was the first, he can fly with his ears, he can run faster then any rabbit, he can do all things then any mammal, he has everything. He was everything. Oswald was going through some hard times as his old employers call him not hip enough for the younger generation they kicked him out for a more hipper and younger lad by the name of Mickey Mouse. Oswald thought he was the luckiest rabbit in the world, but his luck just ran out. Depressed after the greatest humiliation of his life, Oswald coming home to his house to find it ransacked and thrown all over the place, he called out to his girl, but no answer, he looked everywhere and found a note on the table.

"I'm heading for my mothers and I won't be coming back. Ortensia. P.S. Get a job Bum."
Oswald crumpled up the paper and sat on his chair and cried. A week later. Oswald driving to an unknown location for a job oppurtunity and right before Easter too. Of course, it is at a greasey, old, and smelly, roadside resturant. Pan's House of Pancakes, opens 24/7 and has great pay for cleaning the tables. So, during one of his night swifts he was snooping around the resturant after hearing weird sounds coming from the kitchen and found a mysterious box and here we are in this situation.