I just want to do art and animation for any purpose.I was greatly inspired by many wonderful artist on this site.I have big plans on this site and I'll gladly take any advice from artist or anyone in general.
Be Friendly to me and I'll Be Friendly to you,Deal? If these get posted on E621 please put my characters respectively

CHARACTERS THAT I AM THE OWNER OF (Some Characters are RolePlay Only,Yes I RP and... ERP (Sue me)) BUT DON'T RP ON MY COMMENTS/SHOUTS!
Teddo G Bear ♂ - Ex Mob Boss who wants the revenge for the love of his life after a attempt to cut ties with his life of crime
Lawful Oath ♂ - Red Pony from the EverFree Forest,Discovered and now living upon the ponies of Equestria
FemTeddo ♀ - Momma Bear Material for any lucky male to find her,Care Taker and Substitute Teacher
Otto R Otter ♂ - Nerdy intelligent Otter who is stuck in his wheel chair though is a genius in technology,Living among humans in a discreet house with his pet hamsters.
Jamie K Bear ♀ - Orphan Self Reliant College girl,daughter of Teddo G Bear and unknown Mother(ALTERNATE TIMELINE ONLY)
James "One Shot" Bear ♂ - Orphan College Jock and Son of FemTeddo and unknown Father (ALTERNATE TIMELINE ONLY)
Klebo ♂ - Edgy but very closet Singer/Performer Bunny with Blue hair
Dreamy Cow ♀ - nymphomaniac Cow who uses Tinder,Plenty of Fish and other Apps to Cheat on her husband so she can supply her "Needs"
I also have a Ton Of Side Characters however they're art would most likely be in my Scraps

DO NOT USE ART I MADE OR COMMISSIONED FOR ROLEPLAY PURPOSES UNLESS YOU HAVE MY PERMISSION ANYONE WHO CLAIMS THEY HAVE CREATED THESE CHARACTERS ARE THIEVES AND WORSE OF ALL.... LIARS. Do not repost my commissioned art or my art in general WITHOUT MY PERMISSION

That being said
*No creepy Comments Please,its 2018 I don't wanna have to put up with that shit.
*Do not expect me to have extreme/Gross Fetishes for any of my characters. (Watersports,gas,Scat) So if you think that's gonna be here go look elsewhere.
*If you're gonna RolePlay in the comments take it to PM AFTER 2 replies.
*I'll try to reply to all messages if I can.
*If I get commissions,make sure you give the artist some love. 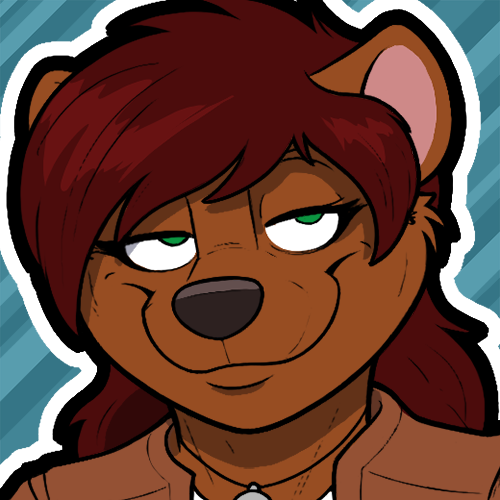 Just a heads up to new people

My Weasyl will most likely be strictly SFW Content. I hope you understand - TeddoGBear