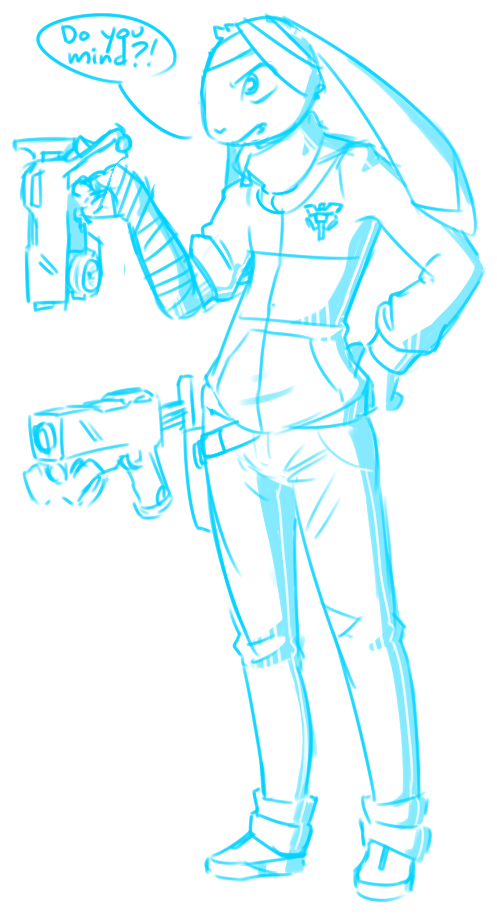 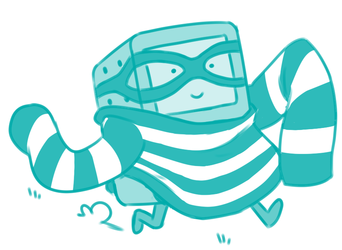 Alternate version of Jack, a character of mine tentatively written for one of Rottel’s stories

I probably shouldn’t be writing while this tired but stay with me here:

Born and raised in the city of Antipas, Riley “Jackie” Kavanagh [temp name] is the second of three tumultuous boys living on the city’s south side, a district infamous for its shady dealings and numerous counts of larceny. While his siblings eventually take on more noble professions, an extreme interest in the city’s underside and a usurious debt land him in the position of smuggler (he prefers "courier"). In time, he crosses paths with another trafficker who identifies himself as “φ,” with whom he forms a temporary partnership with after realizing he has ties that may free him of his debt. However, φ’s truculent nature and Jackie’s cyncism quickly come into conflict; the hostility between the two of them continues to escalate until Jackie is left with a burnt forearm, a destroyed reputation, and a vendetta.

Jack exhibits an odd combination of cynicism and curiosity, and is drawn to the extreme contrasts displayed within individuals operating within the city’s black market. His standards for warranting trust is arbitrary at best, but shows great loyalty to those who earn it and extreme contempt for those who violate it. While not fiercely independent, he shows strong adversity towards working in groups of four or more, feeling his voice will not be heard if part of a larger crowd.

Kavanagh carries with him a heavily modified handgun from a shipment they were given, being supplied with neither a recipient’s information nor a return contact. Despite its unstable and highly lethal nature, he insists he has never used it to kill or otherwise seriously harm anyone, but has confessed to having used it numerous times.