Select Your Champion by Taross 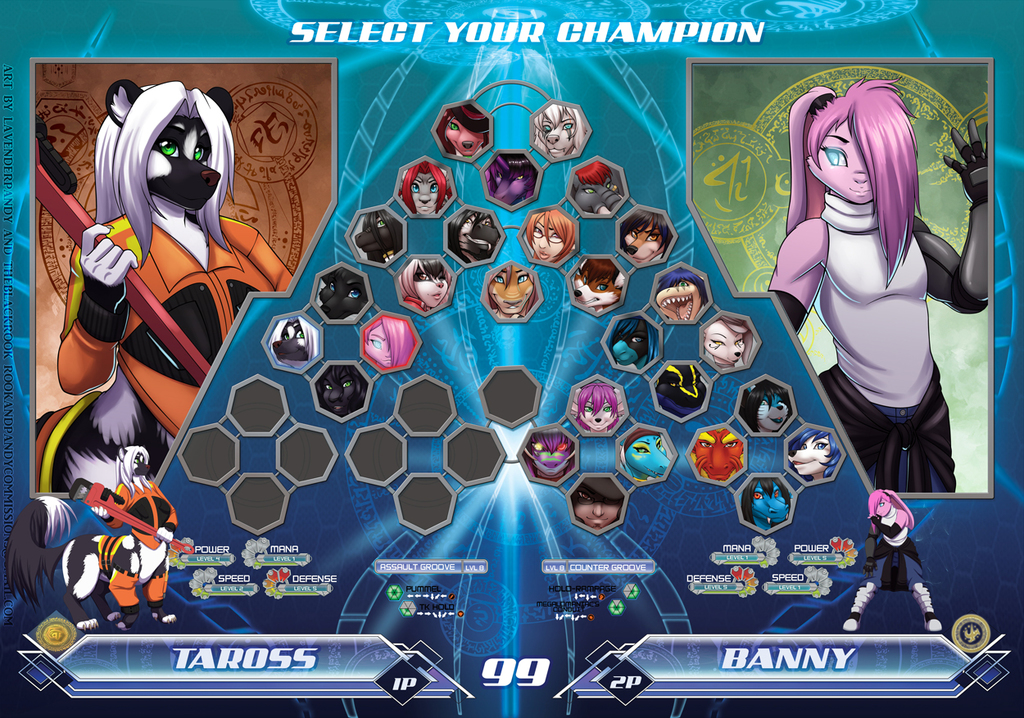 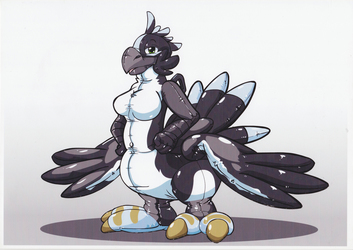 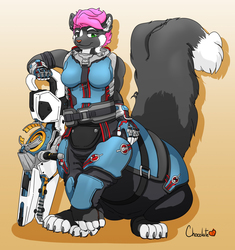 Crest of Valor DLC.
Player One:

"When you step onto my flight deck, I expect you to respect my command..."

As the deckchief of the Safehold space-station, Taross is usually fairly laid back when it comes to 'hir' deck. That is... if you don't come in and practically embed your ship into the landing platforms. And any uppity pilot who thinks that they can get away with mistreating any of 'hir' crafts, they have another thing coming.

Although shi might not be the fastest around when it comes to combat, when shi swings that wrench around you'd better get out of the way. Although, you might not be able to if shi lands the TK Hold and you're powerless to watch hir move closer...

Those extra limbs come in handy as well if shi gets you in a clench and is allowed to execute hir Pummel... And this one's a bit heavier hitting than simply pressing left, right, left and A for other muscleheads.

This will be an interesting matchup, though. Player two has selected   Lazybunni's Banny; who is also a slow and heavy-hitting fighter with a fair amount of defense. And as I've heard, with quite an amount of tricks up their sleeve to turn a table on someone who's not paying attention...

For now, there's not much more to say than...
ROUND ONE!