TaroMonster / In a peaceful field somewhere.

So first of all, please don't be alarmed! I'm a NICE monster. Not one of the mean ones! I promise. I mean, things get a little out of hand sometimes.... Okay, more specifically, I MAYBE turn into a much bigger, nastier monster when I get really upset. But I don't WANT to, honest!

Taro is a dog-like monster that has the ability to change in size, ranging from being slightly smaller than an average person, to being larger than a tall building. These changes, however, are determined by Taro’s moods and emotions, and are difficult for them to control directly. In addition, they are often unaware that the changes are occurring, which leads to the occasional awkward situation or accidental destruction. Taro is well-meaning and kind, however -- their feelings can just get the best of them at times. 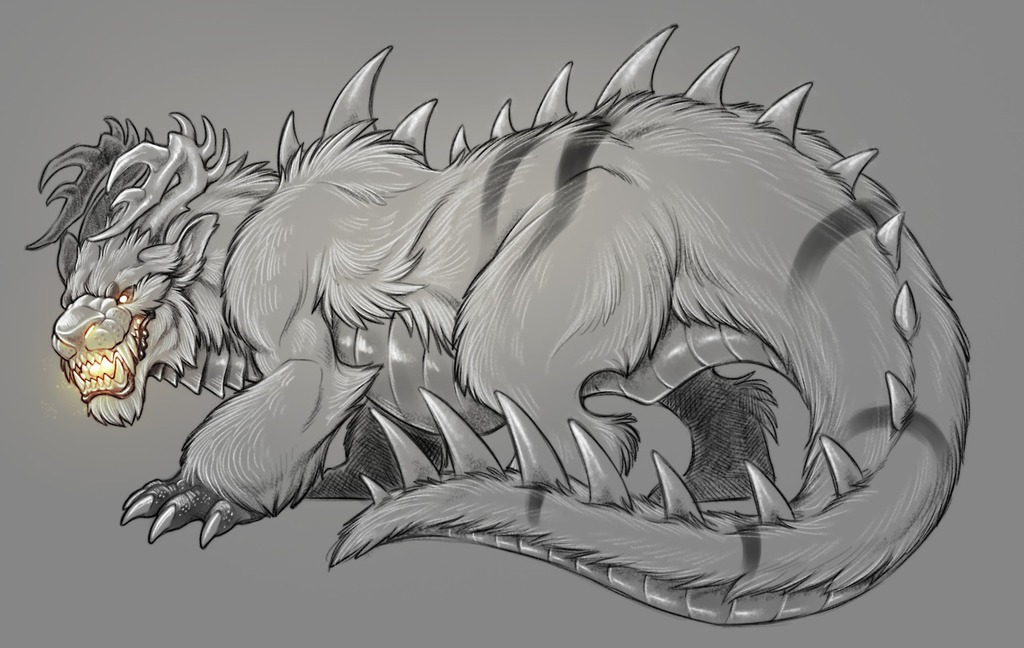