Inside a rotting planet by Tapeworm 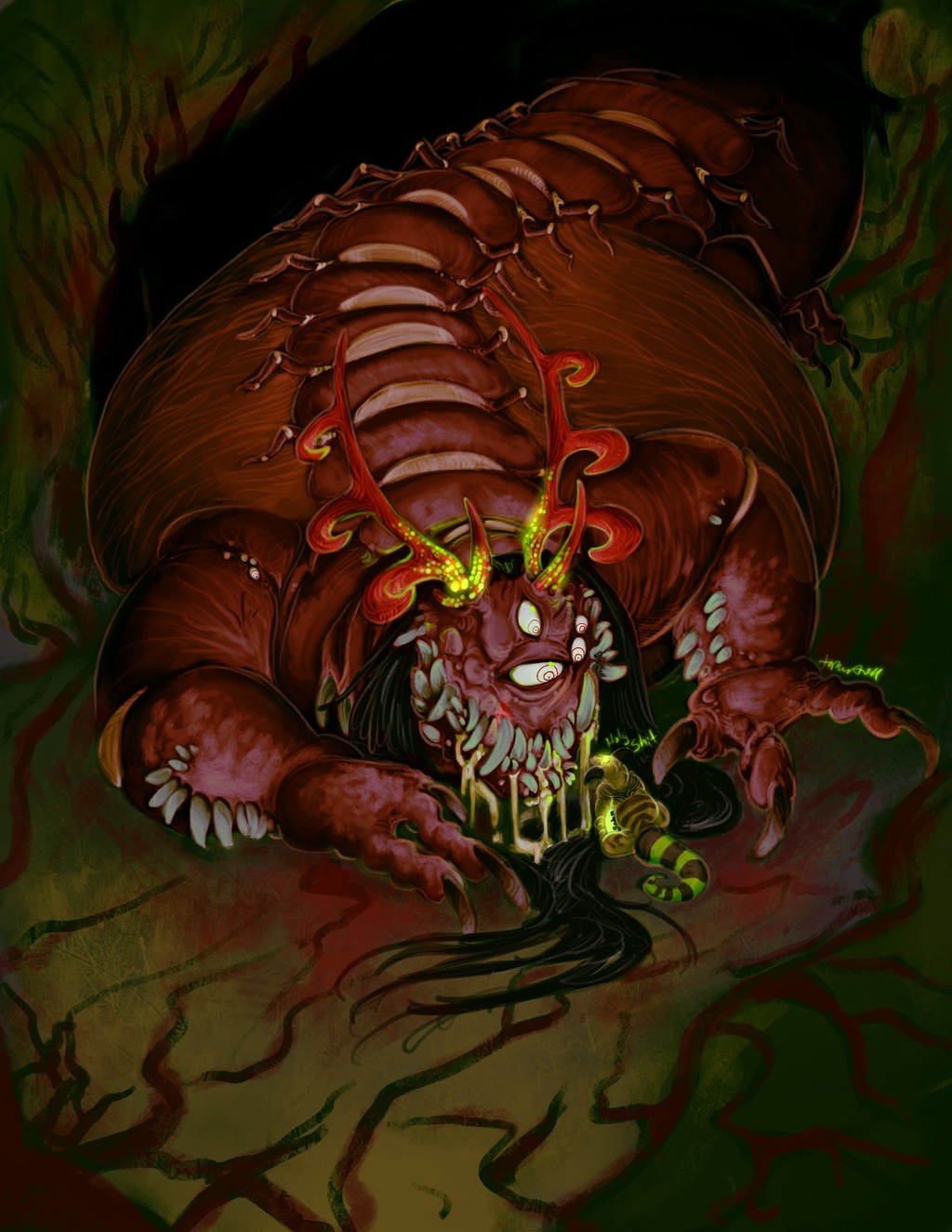 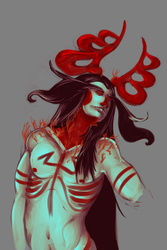 Inside a rotting planet

————————————-
Being in a new universe full of gods, its hard to ignore your instincts.
Awhile after hanging out on Vakkour, Ankhanum decided he was going to check out the rest of the solar system, and came across Zagd-Munji, the planet of the Padran gods.

He took one’s body, and used it to watch the rest. No one seemed to pay attention that this one god was suddenly strange, he was able to go unnoticed until his hunger became too much.

The first one to go was the first one that noticed him, Naryun, the god of sight. From then, he took the rest down, one by one. He shifted to be bigger, soon getting too large to hide in the body anymore, and he let it tear apart around him. Then, continued gorging himself in his true form.

Tapeworm had not seen or heard from him for a good while. Not that it was anything that concerning, until he felt like he was being called to Zagd-Munji. He traveled through the shadows to get there and found it empty, and more crumbled than usual. There were also patches of red veins and cracks, but not being able to see the color red at all, he ignored it. As he looked around, he heard a deep rumble from the central area of the world and was drawn to it.

With how the planet was structured, he had to climb to different chunks of it, or use the shadows to make bridges between them. Once he got to the center, the largest piece had a massive hole in it, one that didn’t look like a natural cave, and sounded like it was breathing. He went back into the shadows to look and feel around.

Even as he found Ankhanum, he stayed in the shadows, having never seen him this huge or engorged before. He was nervous.
Ankhanum looked directly at him, even though there was no way of him being seen.
“Know you’re there”
Slowly, Tape emerged from the shadows, the black ooze in his belly almost bubbling. He walked towards Ankhanum, softly chirping.